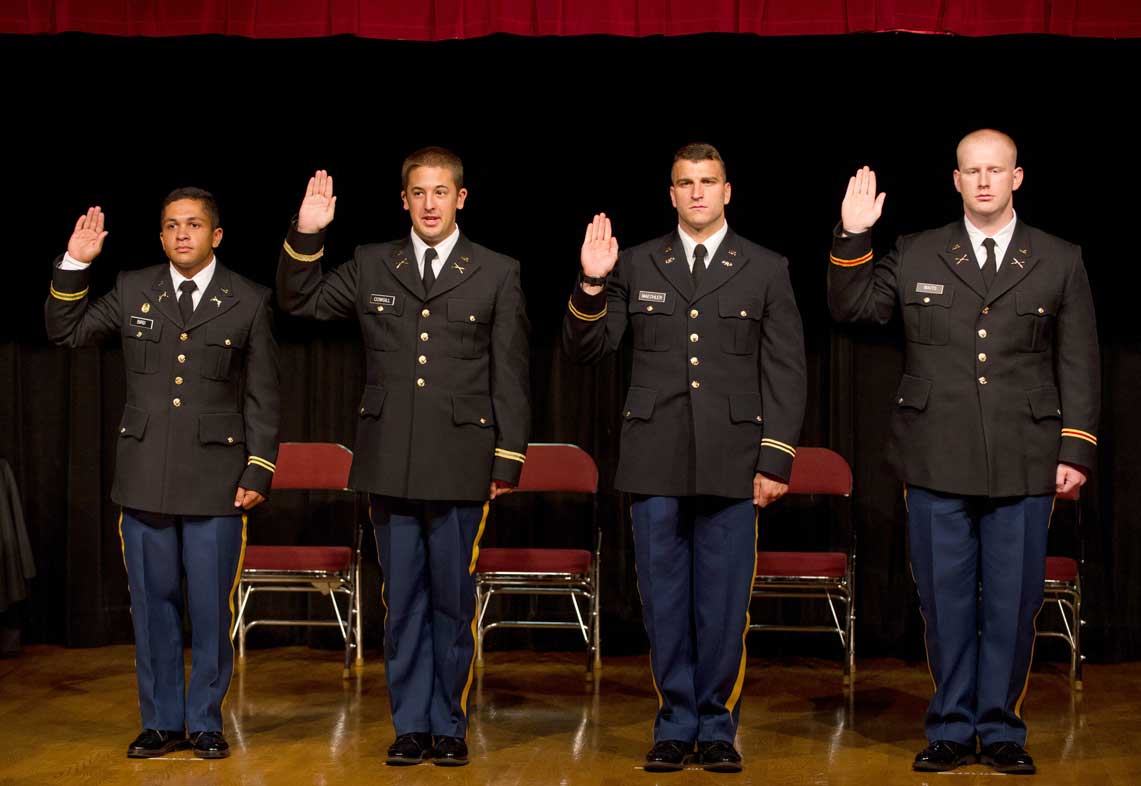 JONESBORO – The Department of Military Science and Leadership at Arkansas State University commissioned four ROTC cadets into the Army today (Friday, Aug. 7), during a ceremony attended by family, friends and university staff.

The new officers also will receive their university diplomas during Arkansas State’s Summer Commencement this evening.

Col. Corey B. Seats, commander of the 233rd Regional Training Institute of the Arkansas National Guard, was guest speaker for the officer commissioning ceremony which was attended by the cadets' families, friends and military officials.  Seats also serves as deputy prosecuting attorney and coordinator for the Second Judicial District Drug Task Force.

A native of Brookland, he was commissioned as a second lieutenant through the ROTC program at A‑State, where he also completed his bachelor's degree in political science before entering law school.