Delta Symposium XXI set for April 8-11 with theme, 'The South Goes to the Movies'

JONESBORO – "The South Goes to the Movies" is the theme for this year’s Delta Symposium at Arkansas State University.  The 21st annual conference will bring scholars, students, musicians, and artists from across the nation to explore and experience the Delta’s history and culture.

The event is sponsored by A-State's Department of English and Philosophy with additional on-campus support, including a grant from the National Endowment for the Arts.  It will take place Wednesday through Saturday, April 8-11.  Most events will take place in the Mockingbird Room on the third floor of the Carl R. Reng Student Union, 101 North Caraway Road.

The symposium will commence at noon on Wednesday, April 8, with a screening of films that will be coordinated in conjunction with the Delta Flix Film and Media Festival.  Student productions will be shown at the Reng Student Union auditorium as filmmakers will introduce their films and answer questions about their creative projects.

Thursday's events begin at 8 a.m. in the Reng Student Union's Mockingbird Room.  Sessions will feature researchers and writers from across the nation as they explore topics as diverse as cinematic treatments of Faulkner’s novel "The Reivers" to Elia Kazan’s film adaptation of Tennessee Williams’ play “Baby Doll.”

Acclaimed documentary filmmaker Beth Harrington will provide the keynote presentation on Thursday at 2:30 when she screens and discusses her film “The Winding Stream,” an award-winning documentary on Johnny Cash and the Carter Family.

Additional sessions throughout the day will include how the culture and history of the Delta is connected to both documentary and feature films.   Major presentations will feature discussion of the artistry of Delta musicians John Handcox, Louis Jordan and Sonny Burgess.

Their lives will be explored in a featured panel called "Biographical Writing on Delta Musicians” at 4:30.  Each musician has been the subject of recent biographies, and writers Michael Honey, Stephen Koch, and Marvin Schwarz will discuss their new books and answer questions about researching these respective artists.

Friday's activities conclude with a performance by folk musician John McCutcheon.  He will present a free concert at 7:30 p.m. in Riceland Hall at the university’s Fowler Center.  McCutcheon is one of the finest contemporary singer-song writers, and he has performed his unique blends of traditional and contemporary music to audiences around the world.

Saturday's events will begin on campus at 8:30 with special presentations on Bob Dylan.  Nationally known speakers and scholars will present their research on the music and life of Dylan.  The event is organized by Dr. Frances Hunter, associate professor of English, and will serve as a capstone for a long-term project that is culminating on a new anthology of Dylan scholarship.

On Saturday afternoon, the symposium will conclude with the "Delta Roots Music Festival." This outdoor event will feature roots music in a range of genres at Jonesboro's City Water and Light Park.  The event begins at noon with a performance by a range of musicians including Zeke Johnson, Nathan Blake Lynn, and Wilkinson James.

At 2 p.m. the legendary band Black Oak Arkansas will take the stage, bringing a unique blend of rock ‘n’ roll and Delta boogie tunes to the Roots Music Festival.  They will be followed by the Little Rock bluesman, Lucious Spiller, and the event will conclude with a performance of country music by the contemporary artist, Jessie Charles Hammock.  In case of rain, Saturday's events will be moved to the Reng Student Union Auditorium. 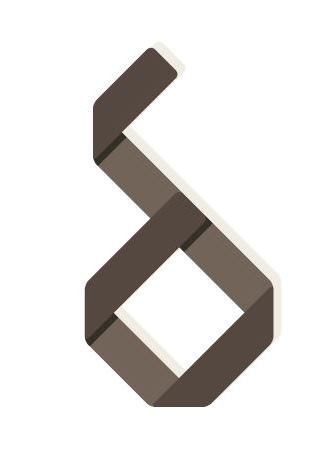