JONESBORO – In conjunction with Delta Symposium XX: Diversities in the Delta, Arkansas State University's English and Philosophy Department welcomes Dr. Adam Gussow as a keynote speaker.  Professor Gussow will give a presentation titled "I Got a Big White Fella from Memphis Made a Deal With Me: Black Men, White Boys, and the Anxieties of Blues Postmodernity in Walter Hill's ‘Crossroads.’ ”

His lecture will be Thursday, April 3, at 4 p.m. in the Mockingbird Room of the Reng Student Union.  All symposium events are open to all students and the public, and admission is free.

Gussow is an associate professor of English and Southern studies at the University of Mississippi and a blues harmonica player and teacher.

Educated at Princeton (B.A. and Ph.D.) and Columbia (M.A.), and schooled as a busker on the streets of Harlem, he has published three books:  “Mister Satan’s Apprentice:  A Blues Memoir” (1998); “Seems Like Murder Here: Southern Violence and the Blues Tradition” (2002); and “Journeyman’s Road:  Modern Blues Lives From Faulkner’s Mississippi to Post-9/11 New York” (2007).

As a member of the blues duo Satan and Adam for more than 25 years, he has played all the major blues, jazz, and folk festivals and he has recorded half a dozen CDs.

Gussow has been featured on the cover of Living Blues magazine, and he is also the creator and webmaster of Modernbluesharmonica.com, the world’s leading blues harmonica educational website.

In addition to giving the keynote address at the symposium, he also will be performing at the Roots Music Festival on Saturday, April 5, at City, Water, and Light Park during the afternoon’s music showcase.  He will be performing with Alan Gross as the musical duo “The Blues Doctors.”

Gussow is the creative director of Hill Country Harmonica, an annual teaching-and-performance event in Waterford, Miss., that draws more than a hundred students from around the world.  Gussow’s current book project is a study of the devil and the blues tradition titled “Beyond the Crossroads.”

The complete schedule of Delta Symposium events is available at http://altweb.astate.edu/blues. 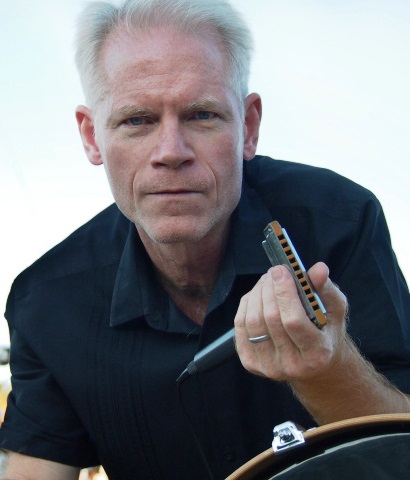