JONESBORO – The Department of Music at Arkansas State University will present the Contemporary Music Ensemble in its fall concert on Tuesday, Nov. 17, at 7:30 p.m. in the Fine Arts Center Recital Hall. Admission is free and open to the public.

The ensemble is led by Dr. Daniel Tacke, assistant professor of music theory and composition. This semester, the ensemble has been focusing on "reimaginings" of a variety of works, crafted by members of the ensemble itself.  The music being performed will range from re-orchestrations tailored to the ensemble's unusual instrumentation to more creative musical transformations, some from recognizable sources, and others less so.

“Each project is unique but stems from the same set of models, the historical practice of creating new music by glossing over existing musical works and the Society for Private Musical Performances,” Tacke explained. “This was a concert series organized by Arnold Schönberg and his students as a way of bringing contemporary music to audiences that would not otherwise hear it, often by creating chamber realizations of new works based on the small instrumentation available to them.”

The program will consist of 10 newly-rediscovered pieces, recasting musical content in a variety of different lights and, in so doing, placing its expressive significances absolutely in the here and now. 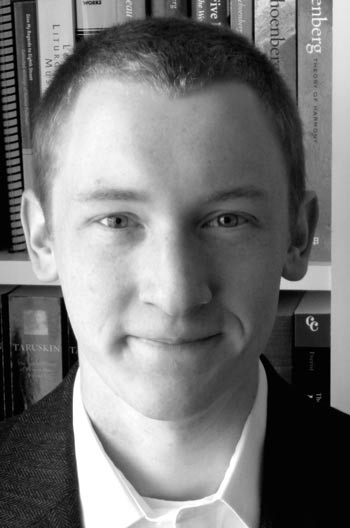