JONESBORO – Arkansas State University’s Fowler Center, 201 Olympic Drive, will present Cantus for the next performance in the 2015-16 Riceland Distinguished Performance Series on Monday, Feb. 15, at 7:30 p.m.  The sponsor of the show is Sodexo dining and catering.

The nine-member men’s vocal ensemble Cantus is known worldwide for its trademark warmth and blend and its engaging performances, according to Bob Simpson, Fowler Center director.  Working without a conductor, the members of Cantus rehearse and perform as chamber musicians, each contributing to the entirety of the artistic process.

Cantus will present the group’s new touring program, “The Four Loves.”  In “The Four Loves,” Cantus regards this unquantifiable emotion – our greatest and most fragile gift – from all sides, with music by Poulenc, Grieg, Beethoven and Bobby McFerrin paired with newly commissioned works by Pulitzer Prize winner David Lang, Roger Treece, Joseph Gregorio and Ysaye Barnwell.

Committed to the expansion of the vocal music repertoire, Cantus actively commissions new music for men’s voices, and has received commissioning grants from the National Endowment for the Arts, American Composers Forum and Chamber Music America.

“Come join us for this night of delightful music ranging from the Renaissance to the 21st century,” Simpson added.

Cantus performs more than 60 concerts each year both in national and international touring, as well as in its home of Minneapolis-St. Paul, Minn., and has released 17 albums on its own self-titled label. Past performances have brought Cantus to the stages of the Kennedy Center, UCLA, San Francisco Performances, Atlanta’s Spivey Hall, Bravo! Vail Valley Music Festival and New York’s Merkin Concert Hall.

All seating is reserved. Individual tickets for the Riceland Distinguished Performance Series are $30 and $20 for adults, and $23 and $15 for senior citizens and students, $24 and $16 for ASU faculty and staff, and $10 and $6 for ASU students with a current ID. Group discounts are available for groups of 15 or more.

For more information, contact the Fowler Center at (870) 972-3471. Tickets may be purchased at the Central Box Office in the Convocation Center, 217 Olympic Drive, or by calling (870) 972-ASU1 or by calling toll-free at (888) ASU-FANS. Tickets are also available online from the Central Box Office (www.AState.edu/tickets/) and from Fowler Center (www.yourfowlercenter.com). 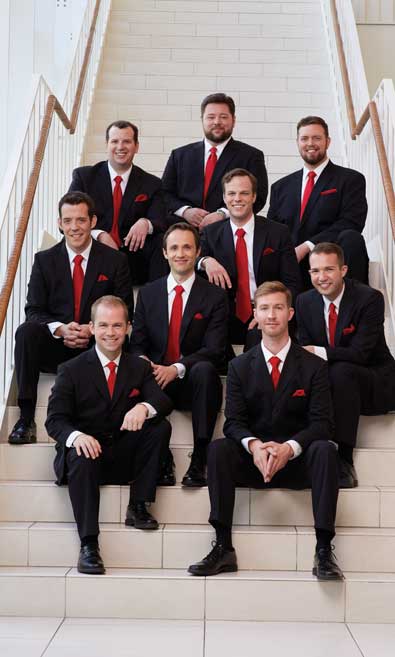