JONESBORO – When students return to campus for the fall 2019 semester at Arkansas State University, they will see several campus life upgrades ranging from Acansa Dining Hall to residence halls to on-campus amenities.

“Summer is the time we undertake these projects so we can be the least disruptive to our campus community,” Executive Vice Chancellor for Finance and Administration Len Frey said.  “Many are planned maintenance work, but some like Military Science or Acansa Dining Hall are the product of working with grant agencies or our vendors to improve our physical plant at little or no cost to the university.”

While the vendor-funded $3.5 million renovation of Acansa Dining Hall at the Reng Student Union might be the most visible at this time, other projects are underway or in the final planning stages.

Work continues on the Military Science Building to improve the functionality and energy efficiency of the nearly 70-year-old former National Guard armory.  The new standing seam metal roof matching the style of the rest of campus is finished, but retrofitting of more efficient windows and other interior office work is underway.

The A-State Innovation System’s Garage maker space is moving onto campus, and as a part of the savings on rent and utilities, will now offer membership to use the tools and work space to A-State students for free.

Some of The Garage’s three-dimensional printers will be located at Dean B. Ellis Library in a new space being created this summer for the university’s IT Store.  The IT Store is expected to move later this summer from Wilson Hall to the library to make way for an expansion by the NYIT College of Osteopathic Medicine.

The conversion of the North Park Quads clubhouse space into the new home for A-State’s eSports team is also underway.  These Red Wolves will compete as a club team this fall, working toward varsity sport status as soon as possible.

Lighting for phase one of the university’s loop trail is almost complete, with construction of phase two set to begin during the summer.  The Transportation Alternative Program grant-funded multi-use trail will total over $1 million by completion, and create a safe walking, running and bicycle riding space for the A-State community as well as Jonesboro residents.

Two other major construction projects on the A-State campus are nearing completion.  The North End Zone at Centennial Bank Stadium not only enhances the Red Wolves football team’s facilities, it also allows the Athletics Department to address other needs for Title IX, including expanding and renovating the current south end zone into coach’s offices and training spaces for other sports.

Just south of Centennial Bank Stadium, the Red Wolf Convention Center and Embassy Suites hotel enters its final construction stages.  The seven-story hotel, restaurant and 40,000-square foot convention area are expected to have significant economic impact on the city of Jonesboro and the region. 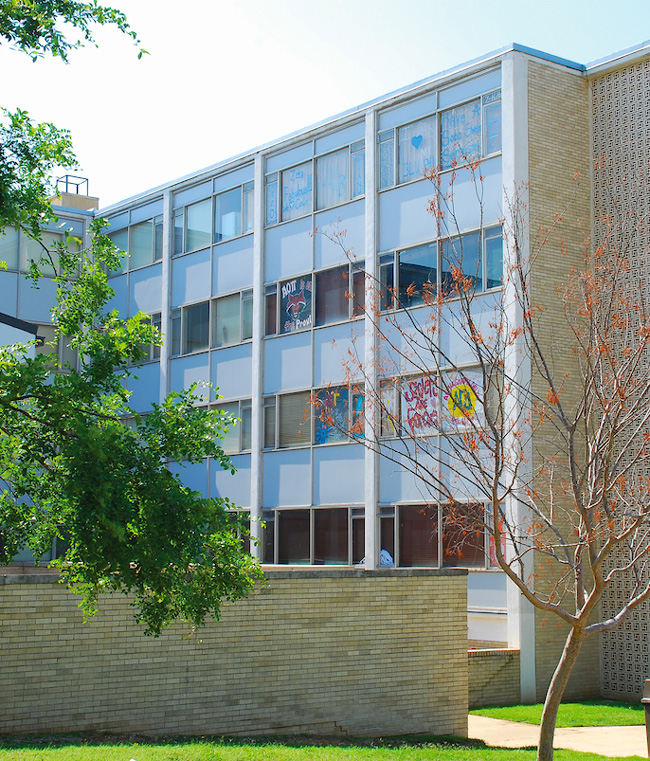