A-State students will hear the Arkansas native present “A Tribute to Black History Month” and discuss his personal success with freedom and equality and what this means in today’s society, in support of the Black History Month theme.

“Black History Month is celebrated nationwide in February with programs and events that not only commemorate the past, but also honor the continuous progress that African Americans have made,” according to Niya Blair, director of the Multicultural Center at ASU.

The university has been celebrating Black History Month with a series of events and programs geared toward the success of African Americans. Blair added, “T. J. Holmes is an excellent role model for our students at Arkansas State.”

Holmes’ presentation will be in Centennial Hall of the Carl R. Reng Student Union. Sponsors are the Multicultural Center, College of Communications, ASU chapter of the National Association of Black Journalists, and the Black Student Association. The event is free and open to the public.

Previously, Holmes was a news anchor and award-winning correspondent at CNN for more than five years. He reported from the scene of numerous breaking news events, including the Joplin, Mo., tornadoes, the Deepwater Horizon oil spill, and the shootings at Virginia Tech.

He covered Pope Benedict’s historic visit to the United States in 2008, including anchoring live from the mass at Yankee Stadium, and he obtained some of the first stories from the survivors of US Airways Flight 1549 that crash landed in the Hudson River in 2009. He also anchored several other major news stories.

A graduate of the University of Arkansas, Holmes serves as a member of the Chancellor’s Board of Advisors at the university and is also on the Board of Visitors at Emory University in Atlanta.

He is a member of the 100 Black Men of Atlanta and the National Association of Black Journalists, and he has been named to the Grio 100 List of History Makers and the Root 100 List of Influential African Americans. His wife is Marilee Holmes, an immigration attorney.

Other upcoming events on the Black History Month schedule include:

For a complete list of events during Black History Month, individuals may visit the Multicultural Center‘s website, http://www.astate.edu/a/leadership-center/multicultural-center/ or call 870-680-4052. 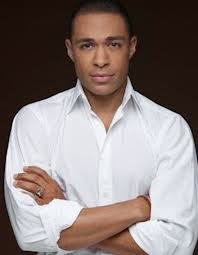