Bethune to Discuss His 1940s Era Novel at ASU Museum

JONESBORO – Former Republican Congressman and Pocahontas native Ed Bethune will discuss his latest book, an historical novel titled "A Pearl for Kizzy," at Arkansas State University Museum on Thursday, Aug. 18, from 3 to 5 p.m.  Admission is free.

Bethune’s novel awakens readers to the life, times, and intrigues of poor pearl farmers and mussel hunters living in Northeast Arkansas during the 1940s.  A short lecture and book signing session will be held in the Museum’s atrium, and light refreshments will be served. All net proceeds from book sales during this event will go to ASU Museum.

In a description of the book, Bethune wrote, “Kizzy, a spirited child, lives with her family on a one-room ramshackle houseboat in Big Pearl, Arkansas. They fish, dig for mussels, look for pearls, and sell the shells to the button factory.  It is a crude life made harder by the Great Depression, natural disasters, and prejudice . . . "

Artifacts currently on exhibit at ASU Museum provide visual contextualization for Bethune’s novel.  One of the permanent exhibits focuses on pearling and mussel harvesting in Northeast Arkansas, especially along the Black River.  Factories where buttons were cut from the mussel shells operated in Corning, Pocahontas and Black Rock.

The exhibit features period photographs, such as a 1910 pearling camp and a pearling family gathered on their houseboat in 1917.  Actual mussel shells bearing holes from cutting button blanks as well as drilling and cutting tools from the button factory in Black Rock are hallmarks of the mother-of-pearl button-making industry which flourished from the late 1800s through the mid-20th century.

Visitors will also enjoy studying the famous Pocahontas Post Office mural, on loan from the U.S. Postal Service.  The mural is one of 19 Depression-era works of art created for Arkansas post offices as part of the nationwide New Deal Arts Program. Painted by Harry Louis Freund in 1939, the Pocahontas mural is entitled “Early Days and First Post Office in Pocahontas.”  It depicts scenes of everyday life that were “close to the hearts of Pocahontas citizens.”

Bethune also has written a memoir, "Jackhammered, a Life of Adventure," and another novel, "Gay Panic in the Ozarks," a courtroom thriller.  He maintains a website at www.EdBethune.com.

For more information about this or any other museum event, contact curator of education Jill Kary via email, jkary@AState.edu, or call (870) 972-2074. 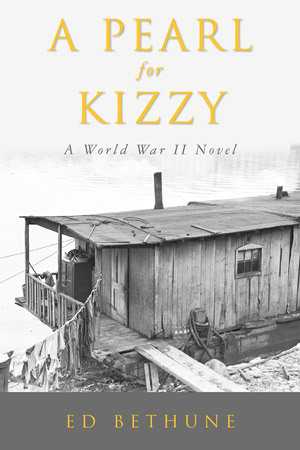