JONESBORO — Attorney General Dustin McDaniel has announced the Beck PRIDE Center for America’s Wounded Veterans at Arkansas State University has received a distribution of settlement funds under Act 763 of 2013. 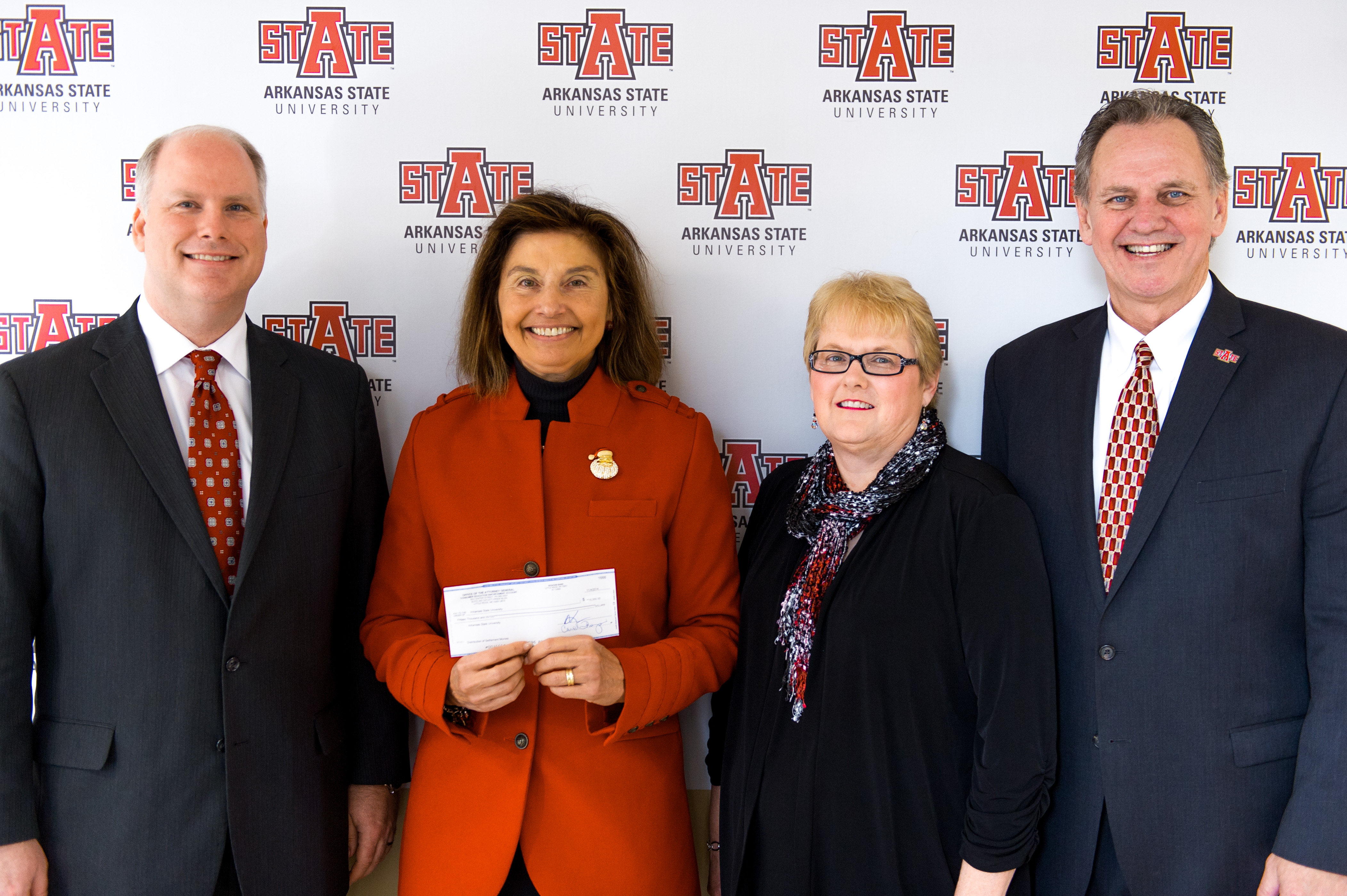 The Beck PRIDE Center received $15,000 that will be used to support the needs of the veterans in the program in the areas of personal rehabilitation, individual development or education. The Attorney General’s office often gives settlement monies to non-profit organizations whose constituents may have been adversely affected.

“We always feel so fortunate when we have additional funding to support our veterans and their needs,” said Dr. Susan Hanrahan, dean of the College of Nursing and Health Professions. “The Attorney General has been generous with Arkansas settlement funds and we are grateful that our Beck PRIDE Center for America’s Wounded Veterans has been a designated recipient.”

Two weeks ago, McDaniel presented a check for $100,000 to A-State’s College of Engineering, saying, "The law allows for reallocation of resources gained in legal actions for the people of Arkansas, and these funds were the result of consumer practices fines in our settlement with a major pharmaceutical firm.”

The center received a check for $33,749 from McDaniel in 2010 as the result of a settlement entered into by McDaniel’s office of a consumer protection lawsuit that was filed against American Veterans Coalition.

In November 2014, “Military Times” listed Arkansas State for the sixth consecutive time among the top universities in “2015 Best for Vets Colleges.” Services offered through A-State’s Beck PRIDE Center was a major factor contributing to the ranking.

The Beck PRIDE Center’s mission is to provide combat wounded veterans with educational programs and services at Arkansas State, including counseling, personal rehabilitation, financial assistance and have access to higher education. PRIDE is an acronym for Personal Rehabilitation, Individual Development and Education.