JONESBORO – Writer and actor Terry Galloway will perform her one-woman show, “You Are My Sunshine,” at Arkansas State University’s Delta Symposium, according to Dr. Lauri Umansky, co-chair of the symposium committee and dean of the College of Humanities and Social Sciences.

Her presentation will be Thursday, April 3, at 7 p.m. at Carl R. Reng Student Union Auditorium.  Admission is free to this and all Delta Symposium events, and everyone is welcome to attend.

The theme for this year’s symposium, the 20th, is “Diversities in the Delta.”

“You Are My Sunshine,” one of two autobiographical shows Galloway performs, garners similarly high praise.

The speaker, who describes herself as a “deaf, queer writer and performer,” jokingly says that she tours her one woman shows as a “cheap way of seeing the world.”  She has performed her solo shows "Out All Night and Lost My Shoes" and "Lardo Weeping" in venues ranging from the American Place theater in New York to the Zap Club in Brighton, England.

In Austin, Texas, she gained a reputation for playing comic male roles as a student and research associate for the University of Texas' alternative Summer Theater Festival, Shakespeare at Winedale. She's also known as one of the founding members of Austin's popular 6th street cabaret, Esther's Follies, and as the founder of Actual Lives, a writing and performance workshop for adults with and without disabilities.

In Tallahassee, Fla., she is the “head cheese” of the Mickee Faust Academy for the Really Dramatic Arts and the co-founder of the Mickee Faust Club, a performance group responsible for the award-winning video parodies, "Annie Dearest, The Real Miracle Worker," and "The Scary Lewis Yell-a-thon."

She has been a visiting artist at the California Institute of the Arts, Florida State University, and the University of Texas at Austin. She has won a variety of awards, including an National Endowment for the Arts, a J. Frank Dobie Fellowship from the Texas Institute of Letters, grants from the Texas Commission of the Arts and the Florida Division of Cultural Affairs, five Corporation for Public Broadcasting Awards, and three Prindi National Public Radio Commentary Awards.

Copies of Terry Galloway’s memoir, “Mean Little Deaf Queer,” will be on sale after the show.

The Delta Symposium, presented by the A-State’s Department of English and Philosophy, is made possible with support from KASU 91.9 FM, National Endowment for the Arts, and Arkansas State University. 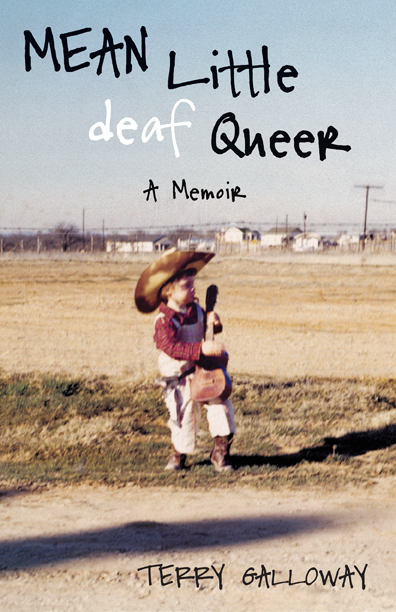