Attorney To Be Guest For Dr. Joel Gambill Speakers Series

JONESBORO — Arkansas State graduate Troy A. Price, a former journalist who now practices law in Little Rock, is the first guest speaker for the Dr. Joel Gambill Distinguished Alumni Speakers Series during the 2014-15 academic year. Price will be on campus Tuesday and Wednesday, Nov. 11-12, to visit with students, faculty, staff and administrators.

Price received his Bachelor of Science degree in journalism in 1981 under the leadership of Dr. Gambill. He worked as a sports writer for The Jonesboro Sun from 1977-84. Price then took his journalism and communication skills and enrolled in law school at the University of Arkansas-Little Rock’s William H. Bowen School of Law and graduated with honors in 1987. He authored a chapter on abstracting practice in the Arkansas Bar Association’s handbook on appellate practice.

Upon graduation, Price began practicing law in 1988 and was hired and subsequently became a partner in the law firm of Wright, Lindsey & Jennings LLP in Little Rock in 1989. He specializes in business and commercial litigation (including employee benefits litigation), employment and labor law, and appellate advocacy. He also is an authority in First Amendment law.

The Dr. Joel Gambill Alumni Speaker Series is named after the 1965 A-State graduate who wanted to bring the media world to A-State students. Gambill spent four decades building the nationally known department. He served as department chairman for 36 years of his 40 years at Arkansas State. He retired in 2010. 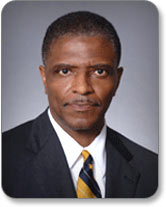