JONESBORO, Ark. – Junior Kim Ludick-Raath of the 2012-13 Arkansas State University women’s track and field team has been named to the Sun Belt Conference (SBC) Leadership Team in an announcement made Tuesday (May 21) evening during the conference’s annual spring meetings in Destin, Fla.

A 2012-13 A-State captain, Raath has been one the Sun Belt Conference’s top 10 competitors in the shot put, javelin, and hammer throw since the 2011-12 season.  Raath has also has posted the best 10 marks among Arkansas State’s all-time leaders in those three events.  She recently wrapped up her 2013 outdoor season with four top 10 finishes in the hammer throw along with three apiece in both the shot put and javelin throw.  She placed sixth in the javelin at the 2013 SBC Outdoor Championships (May 10-13) with a 130-02.98/39.70m toss and turned in a seventh-place 155-06.14/47.40m effort in the hammer throw as ASU would claim second place.

Raath posted a 40-10.93/12.47m performance in the shot put for 11th-place honors at the conference meet.  In the 2013 indoor campaign, she earned fifth place in the shot put at the SBC Championships (Feb. 24-25) as a result of a 45-09.21/13.95m distance in helping the Red Wolves claim the conference indoor championship title.  The A-State multi-events performer was selected as the Sun Belt Conference Field Athlete of the Week (Jan. 23) during the indoor season.

Academically, Raath has a maintained a current 4.0 cumulative grade point average in mathematics with an emphasis on pre-medical studies.  She’s a seven-time (2010-13) recipient of the ASU Chancellor’s Academic Award and a three-time (2010-13) A-State Athletic Directors Honor Roll recipient.  Raath has been a honors college student at Arkansas State since 2010.

An active campus leader, Raath served as the A-State Student-Athlete Advisory Committee (SAAC) President from 2011-12 and is currently the ASU women’s track and field SAAC representative, a position held since 2011.  Raath spent 2011-12 as a Student Government Association (SGA) Senator at A-State and presently is on the International Student and Scholars Committee.

She was an ASU Moot Court Team member from 2010-11 and competed at various competitions for the nationally-recognized squad.  The South Africa native is also an ASU International Student-Athlete Ambassador and Recruitment volunteer and has been active in international recruitment for the university.  Raath holds membership in the ASU Society for Neuroscience and co-established the school’s Global Experience Initiative in 2010 for a MBA program which volunteers in the micro industries and villages of South Africa. 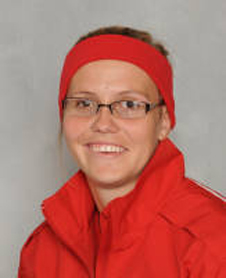