ASU rugby advances to semifinals after 31-10 win over Kutztown

JONESBORO, Ark. — Even Mother Nature could not keep Arkansas State University’s rugby team from taking care of business as the Red Wolves sloshed through rain and mud to defeat Kutztown (Pa.), 31-10, in the national championship quarterfinal match at the ASU Rugby Field Saturday afternoon.

With the victory, ASU advances to the semifinals and will square off against Life University, Saturday, May 4, in Jonesboro.

The semifinal match will be played at the ASU Rugby Field at 1 p.m. The winner of the semifinal matchup will be in the championship match at Greensboro Soccer Stadium on the campus of the University of North Carolina-Greensboro in Greensboro, N.C. Play gets underway at 7 p.m. Eastern on May 18.

“The weather conditions today made things difficult in the first half,” said ASU head coach Alex Houser. “We usually play wider and more expansive, but we had to tighten up with the field conditions. Our guys did a good job and adapted to the conditions in the second half. I am really proud of them.”

Heavy rains Friday and Saturday left standing water and muddy field conditions. With about seven minutes remaining in the match, play was suspended temporarily due to lightning. However, both teams resumed play shortly afterward and the Red Wolves put the game out of reach from the visitors.

ASU got on the board first after All-American Zac Mizell began to break and got the ball to Zinzan Elan-Puttick, a 6-0, 180-pound junior from Bloemfontein, South Africa, who tallied the first score. All-American Pat Sullivan, a 6-3, 220-pound senior from Mokena, Ill., provided the kick to put the Red Wolves up, 7-0. Kutztown scored on a try at the 8:40 mark in the first half, and both teams ended play at 7-5, ASU.

Sullivan came out in the second half to extend the Red Wolf lead with a penalty kick and Elan-Puttick put up a second score to bring ASU’s total to 17-5.  Gavin Brown, a 5-8, 180-pound freshman wing from Indianapolis, Ind., and Sullivan’s kick teamed up with Brown’s score to give ASU a 24-5 advantage. Shaun Potgieter, a 6-2, 215-pound junior of Port Elizabeth, South Africa, added another score and Sullivan’s kick ended ASU’s scoring frenzy with a 31-5 lead.

Kutztown continued to fight back and scored once more to leave the final score, 31-10, with the Red Wolves the victor.

Houser was especially pleased with his back row of Kirk Pretorius (6-4, 230, freshman) of Pretoria, South Africa; Steyn Benade (6-0, 200, senior) of Capetown, South Africa; and Potgieter.

“They did a great job as did (Pat) Sullivan,” continued Houser. “We are glad to have Zac (Mizell) back. He adds a lot to our attack.” 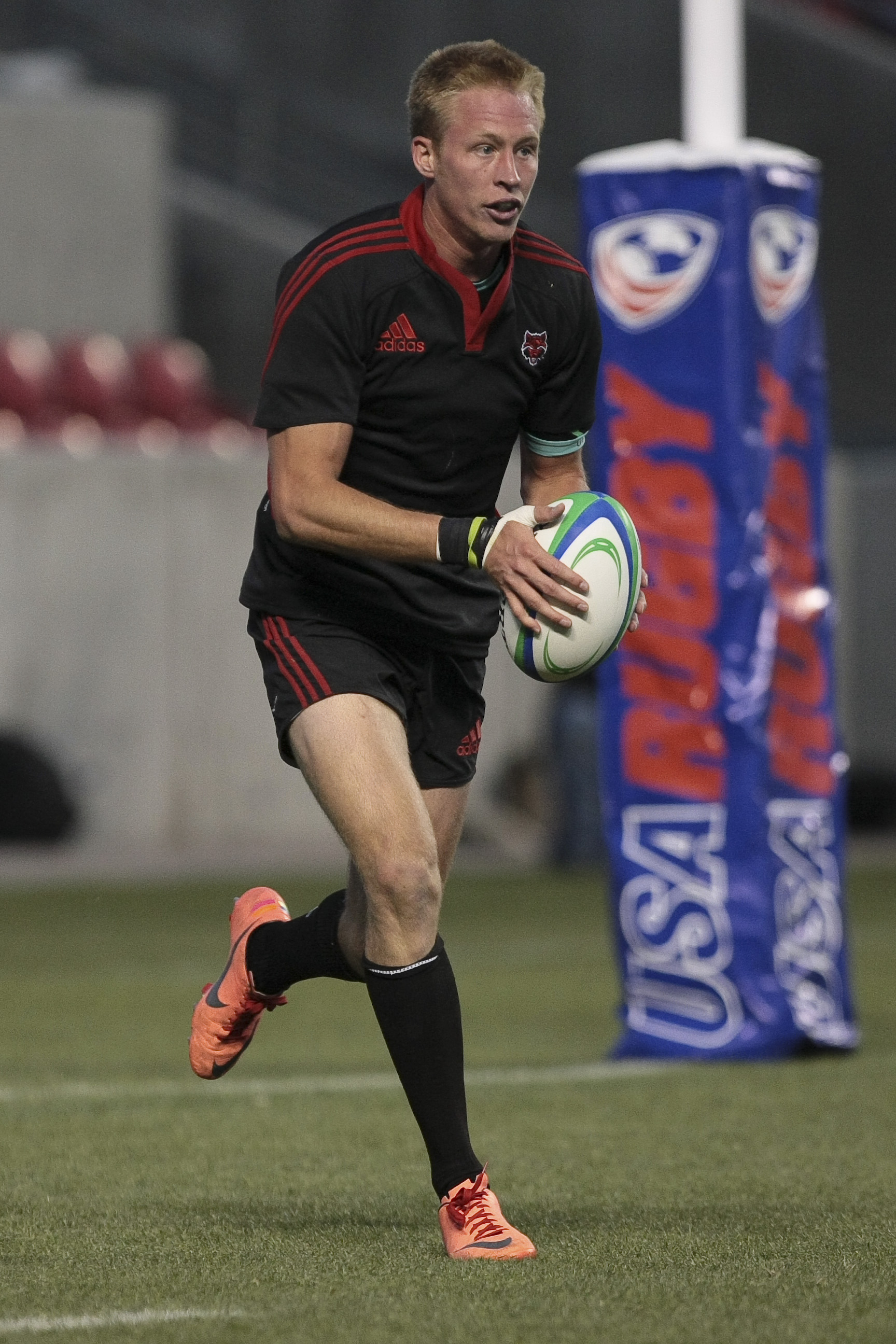