JONESBORO – Arkansas State University alumnus, artist and lecturer Edwin Faughn will present the keynote address for Create@State as part of the 2017-18 Lecture-Concert Series.

Faughn's original artwork has been featured in and on the covers of leading international space science magazines, exhibitions and planetarium productions.

His presentation begins at 12:15 p.m. Tuesday, April 17, in the Reng Student Union Auditorium.  In addition, his artistic renderings will be on display in the Fowler Center and in the Union during Create@State, which runs Monday through Wednesday, April 16-18.

The Create@State 2018 theme is focused around the STEAM initiative to highlight integration of STEM with art and design.  The STEAM acronym refers to science, technology, engineering, arts and mathematics.

Faughn is known in education and scientific circles because of his passion for astronomy, aviation and art, interests he first pursued as a child.  His earliest memories of art were watching his father create drawings of various projects he worked on at home or on his job.

“For many years the universe has been a strong motivating interest in my life.  Whether I look out across a lovely green field, study the remains of a fossilized life form or peer into the vast expanse of the heavens I am amazed by such incredible beauty and elegant design," he explained.

He has produced a tremendous amount of original artwork, animation and computer graphics for space science magazines, planetarium and theatrical productions, exhibitions and much more.

A few of his credits include Scientific American, Science News, Astronomy, Sky and Telescope, and The Planetary Report.  He displays his work at www.edwinfaughn.com.

Faughn is director of Rainwater Observatory in French Camp, Miss., which is one of the largest public observatories in the southeastern United States.  He served nearly 20 years as the art director for the Sharpe Planetarium of the Pink Palace Family Museums in Memphis.

His Lecture-Concert Series presentation is supported by the Create@State program and the College of Liberal Arts and Communication. 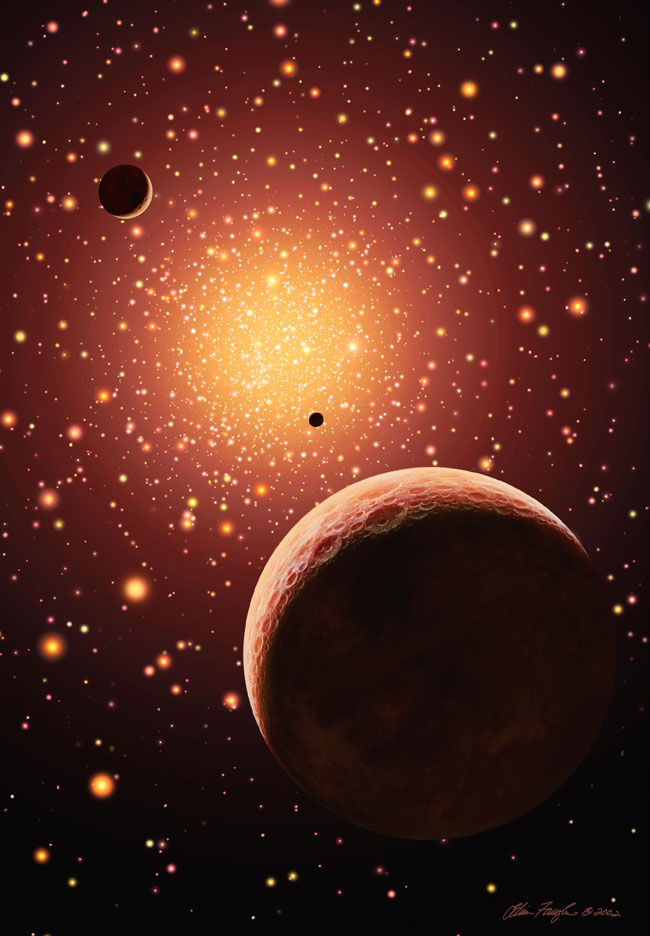