The three finalists are:

“We were pleased with the overall quality of the applicants, and the three finalists are outstanding higher education administrators with impressive backgrounds in teaching and research who would each bring unique experiences to Arkansas State,” Welch said. “I look forward to bringing them to campus so we can show them the opportunities that await the next chancellor and give our constituencies an opportunity to visit with them.”

The following dates for campus visits have been scheduled: Shao on May 3-4, Elsenbaumer on May 9-10 and Damphousse on May 10-11. Schedule details have not been finalized. The finalists will meet with the advisory committee, faculty, staff, students, and community members during the interview sessions. Individuals attending the interview sessions will have an opportunity to submit feedback regarding each candidate to the Chancellor Search Advisory Committee. Following the final interview, the advisory committee will meet to discuss the candidates and provide feedback to Welch.

Welch has indicated a desire to have a new chancellor named by June 1.

Damphousse (DAMF-iss) has served as dean or interim dean of the College of Arts and Sciences at the University of Oklahoma in Norman since 2013. The college is the university’s largest and most diverse with an annual budget of $100 million, 31 academic and research units offering 60 degrees, 1,000 full-time faculty and staff and more than 9,000 students. He was previously associate dean of the college for nine years. He has served as OU’s faculty athletics representative to the Big 12 Conference and NCAA since 2012.

Elsenbaumer has served as senior advisor to the president for entrepreneurship and economic development at the University of Texas at Arlington since last year. He is also serving as interim provost and vice president for academic affairs, the position he held for the previous four years. His 26-year career at UTA also includes positions such as vice president for research and federal relations, director of the nano-fabrication research and teaching facility and chair of the Department of Chemistry and Biochemistry. 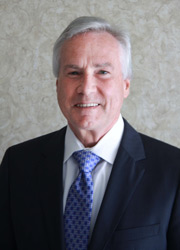 Shao (sh-OW; rhymes with “wow”) has served as dean of the School of Business at The College of Charleston in South Carolina since 2009 and was the Jack Tate Distinguished Professor of Marketing there from 2009-2011. From 1990-2009 he had various administrative and teaching positions at the University of North Carolina at Charlotte, including associate dean of graduate and global programs and director of international business programs. 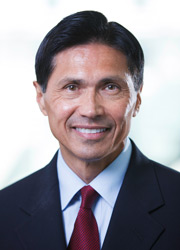