ATLANTA, Ga. — Defending 7s national champs Arkansas State punched its ticket to the 2013 rugby national championship by winning the South Independent 7s qualifier Sunday in Atlanta, Ga., over the weekend. The Red Wolves beat Middle Tennessee State, 33-5, in the semifinal before taking down Life University, 24-19 in the final.

Life had beaten Arkansas State by just a try in the previous two South Independent tournaments, so Sunday’s resulted in ASU’s first conference 7s title. With the win, ASU claims an automatic bid as one of 16 teams to USA Rugby’s 7s National Championships Nov. 23-24 in Greensboro, NC.

“I think our guys are learning to use the whole field. That seemed to work against Life,” said Arkansas State coach Matt Huckaby. “They've got a big ole physical team. You don't want to be caught in the middle of the field with them.”

Arkansas State fullback Zinzan Elan-Puttick, a 6-0, 180-pound senior from Bloemfontein, South Africa, opened the final with a pair of tries, and when Life was charging back in the second half, Tom Haussrer, a 5-10, 175-pound sophomore wing from Auckland, New Zealand, had a huge intercept try that helped the Red Wolves hold onto the lead.

The Red Wolves lost two All-Americans from last year’s team to graduation (Dean Gericke and Zac Mizell) and two from the current roster to injury (Gavin Brown and Shaun Potgieter.) Others on the Arkansas State wounded list are Dale Bates at wing, Kirk Pretorius at back row and Sean Paterson at hooker.

“This team is as good as last year’s. [We’re] building on prior years. The experience is showing,” said Huckaby. “It's amazing to watch these young guys step up. Also, I’m very proud of how the guys conducted themselves on this trip. They were first class, mixing and talking with teams in the tournament and showed good sportsmanship.”

The Red Wolves will host Lindenwood in 7s and 15s Saturday, Nov. 9, at the Rugby Field, across from the intramural fields on Caraway Road. 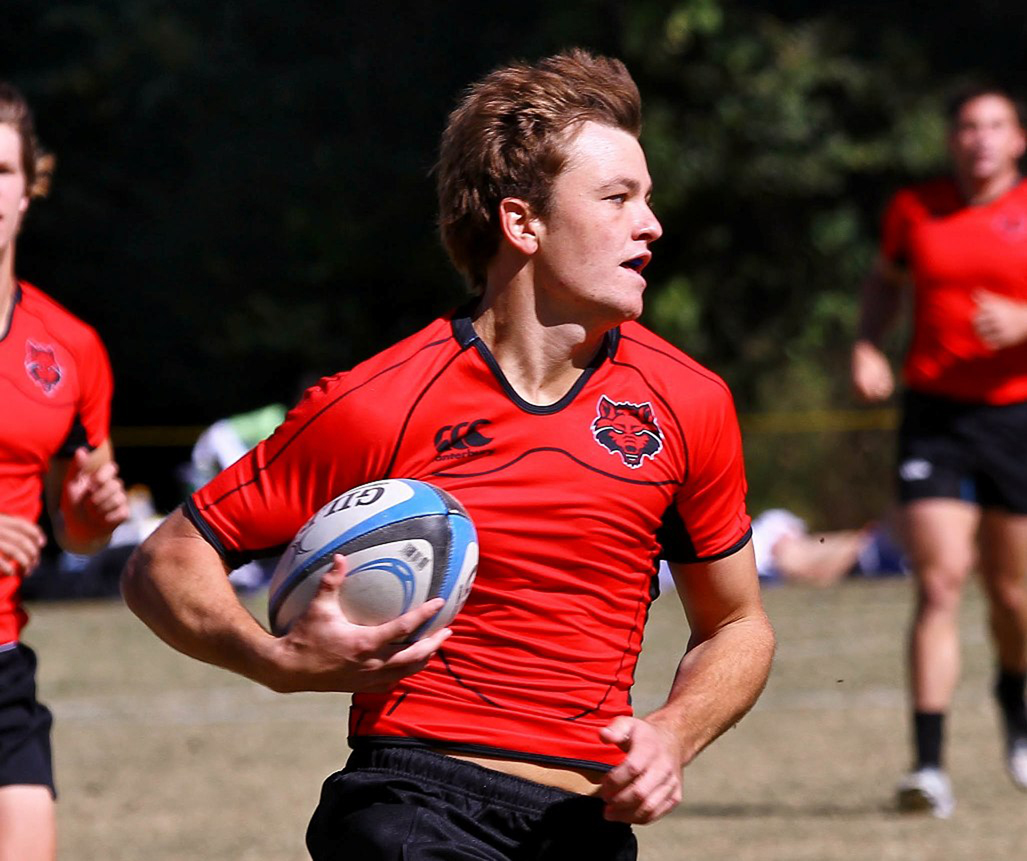