Arkansas State Remembers Those Who Have Served Our Country

On this Memorial Day weekend, Arkansas State pauses to remember all those who have served our country, especially those who have given the full measure of their devotion to country in combat.

With one of the oldest Reserve Officer Training Corps in the region, literally thousands of members of the Red Wolf Battalion have been a part of defending America.

Alumni of Arkansas State participated in the armed forces for almost the entirety of our existence.

Of all, one stands alone, Medal of Honor recipient George Kenton Sisler.  A 1964 graduate of A-State with his B.S. in education, Ken Sisler was commissioned as a Military Intelligence officer and served a tour of duty in Vietnam with Special Forces, the Green Berets.  In a foreshadowing of his physical bravery, in 1963 he won the National Collegiate Skydiving Championships while competing with a cast on his leg.

From his Medal of Honor citation:

"On 11 February, 1967, Lieutenant Sisler was serving as leader-advisor of a United States-South Vietnamese Platoon on a reconnaissance mission deep in enemy territory when the platoon was attacked from three sides by a company-sized enemy force. He deployed his men, called for air strikes, and moved among his men to encourage and direct their efforts. Learning that two men were wounded and unable to pull back, he charged through intense enemy fire, killed three of the enemy, silenced a machine gun with a grenade, and carried a wounded soldier back to the perimeter. As the left flank of his position came under extremely heavy attack, several additional men were wounded. Realizing the need for instant action to prevent his position from being overrun, he picked up some grenades and charged single-handedly into the enemy onslaught, firing his weapon and throwing grenades. This heroic action broke up the assault and forced the enemy to begin withdrawing. As he was moving about the battlefield directing air strikes upon the fleeing force, Lieutenant Sisler was mortally wounded."

The United States military also honored Sisler with the naming of a Watson-class vehicle cargo ship by the U.S. Navy, the USNS Sisler.

Just 29 years old at his death, he was laid to rest in his hometown of Dexter, Mo. 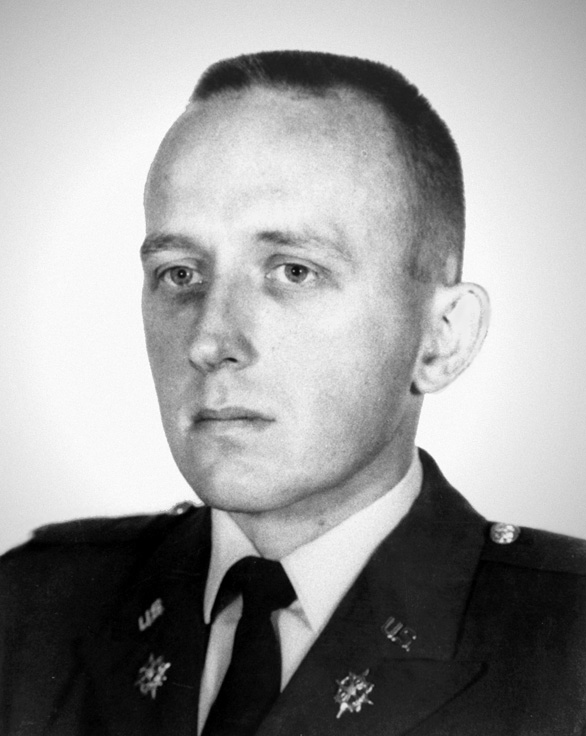