JONESBORO, Ark. — For the fifth consecutive year, Arkansas State University has been named to the coveted Military Friendly Schools® list for 2014 by Victory Media. Victory Media focuses on assisting military personnel transitioning into civilian life. The list honors the top 20 percent of colleges, universities and trade schools that are doing the most to embrace America’s military service members, veterans, and spouses as students and ensure their success on campus.

‘In 2007, the university embraced the Beck PRIDE Center along with other initiatives to support our veteran population,” said Dr. Susan Hanrahan, dean of the College of Nursing and Health Professions at Arkansas State. “Having this continuous national recognition is a testament to our workforce who is committed to serving those who have enabled our freedoms. We feel very privileged to be on this list.”

The Military Friendly Schools® media and website, found at www.militaryfriendlyschools.com, feature the list, interactive tools and search functionality to help military students and veterans find the best school to suit their unique needs and preferences. The 1,868 colleges, universities and trade schools on this year’s list exhibit leading practices in the recruitment and retention of students with military experience.

These schools have world-class programs and policies for student support on campus, academic accreditation, credit policies, flexibility and other services to those who served. In 2011, Arkansas State University’s Board of Trustees adopted a policy providing that active duty military and their dependents, as well as individuals who are honorably discharged, are eligible for the in-state tuition rate at all ASU System campuses, regardless of residency or duty station.

“There are 440 students who are currently using the Montgomery GI Bill educational benefits during the fall term,” stated Kathy Mathes, Veterans Administration University Certifying Official. “At Arkansas State, it is our privilege to assist veterans in taking advantage of the numerous educational opportunities available through the GI Bill and other programs.”

Also at A-State, the Beck PRIDE Center for America's Wounded Veterans has provided an array of services to approximately 500 veterans and family members since its inception in October 2007. The services provided by the center focus on the veteran's personal rehabilitation, individual development, and education (the basis for the PRIDE acronym).

“Inclusion on the 2014 list of Military Friendly Schools® shows Arkansas State University’s commitment to providing a supportive environment for military students,” said Sean Collins, vice president at Victory Media and a nine-year Navy veteran. “The need for education is growing and our mission is to provide the military community with transparent, world-class resources to assist in their search for schools.”

Now in its fifth year, the 2014 list of Military Friendly Schools ® was compiled through extensive research and a data-driven survey of more than 10,000 schools nationwide approved for VA tuition funding. The survey results that comprise the 2014 list were independently tested by Ernst & Young LLP based upon the weightings and methodology established by Victory Media. Each year schools taking the survey are held to a higher standard than the previous year via improved methodology, criteria and weightings developed with the assistance of an Academic Advisory Board (AAB) consisting of educators from schools across the country. A full list of board members can be found at http://militaryfriendlyschools.com/board.

Victory Media is a service-disabled, veteran-owned small business that has been serving the military community since 2001. The data-driven Military Friendly® lists are published in G.I. Jobs, Military Spouse, Vetrepreneur media channels, republished in periodicals like USA Today, Wall Street Journal, Fortune, Bloomberg BW and are frequently cited on national television by NBC, ABC, CBS, CNN, CNBC, Fox News and others.

For more information, contact Kathy Mathes in the Office of Admissions, Records and Registration, rmathes@astate.edu or (870) 972-3024. 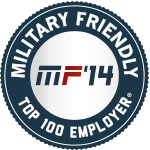