Sloan’s widow Betty, their six children, and the Craighead County Farm Bureau established the scholarship for A-State agriculture majors in 1979 in memory of James E. Sloan. He was a Jonesboro native, attorney, landowner, farm manager, community volunteer, and ten-year member of the Arkansas Farm Bureau board of directors.

Originally designated for incoming freshmen, the annual scholarship was recently revised to be a two-year award for rising juniors in the College of Agriculture and Technology. Gander received $2,500 for the 2013-14 school year and will receive another $2,500 during his senior year. The college is now accepting applications from 2014-15 juniors. A 3.25 grade point average is required and preference is given to applicants from Northeast Arkansas.

Gander has a 3.9 GPA. His career goal is to be a high school agriculture teacher after earning a master's degree. While carrying a full load of classes at Arkansas State, he is employed in the campus Biofuels Lab, raises livestock on his family's farm, and works with other farmers. He serves as both a national and a chapter officer with Alpha Tau Alpha, an honorary society for agricultural education majors and professionals, and is a member of the National Association for Agricultural Educators.

"I have a passion to teach students agriculture," explained Gander. "I want all students to have the skills to be a productive member of society. My goal in college is to study as hard as possible to soak up all the knowledge that is offered. My goal for the future is to pass on the valuable information I have learned from others. Knowledge should not be lost from one generation to the next. By protecting agricultural knowledge in my area, enthusiasm for agriculture will be cultivated and agriculture in the region will have the potential to flourish."

He was chosen from among three finalists by a committee that included Mrs. Sloan, son John, daughter Kitty, and David Hodges of the Craighead County Farm Bureau.

Gander is president of the A-State chapter of Collegiate Future Farmers of America (FFA) and has represented Arkansas State at events such as the national FFA convention and the national Alpha Tau Alpha Conclave. He is also a member of Delta Tau Alpha, an honorary society for agriculture majors.

Gander is a graduate of Greene County Tech High School in Paragould where as FFA president, he initiated the Greene County Food Fight to address childhood hunger. 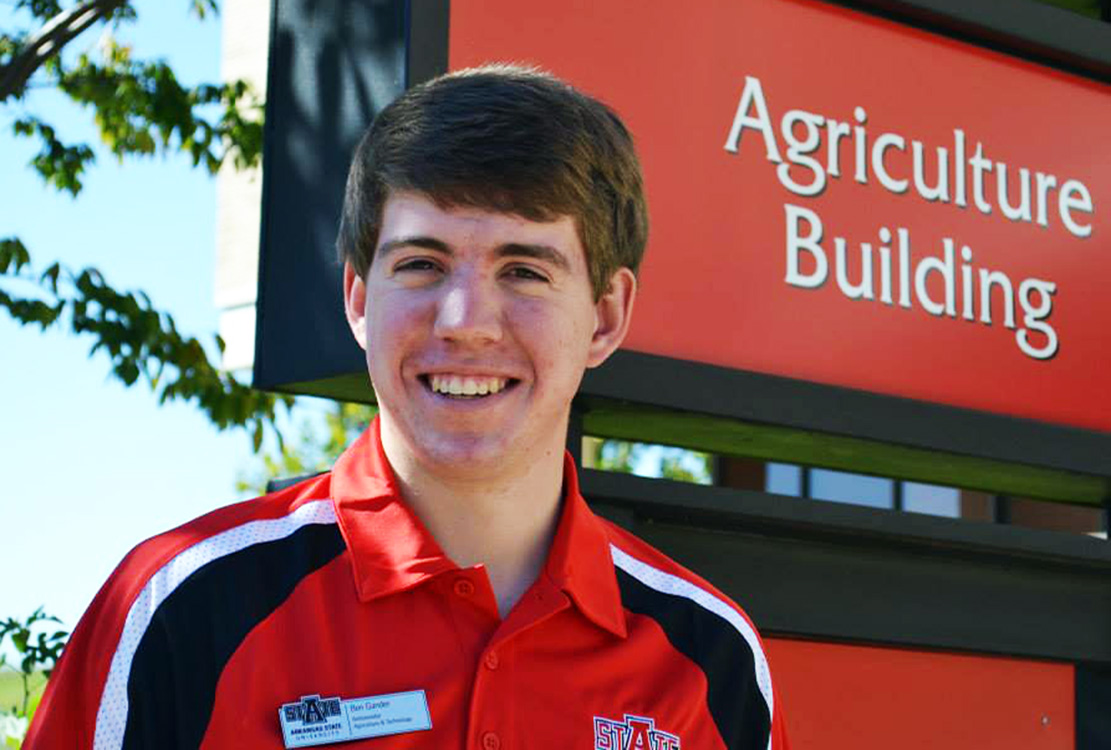