JONESBORO, Ark. — A single visual icon, an updated academic seal, and a brand identity standards manual are being implemented as part of a new strategic marketing plan at Arkansas State University.

The changes reflect the combined work of internal constituencies, led by the university’s Marketing & Communications Office, and two external market research agencies, said Jeff Hankins, vice president for strategic communications and economic development for the ASU System. Research and planning began as early as May 2010 and then escalated last year with online surveys and focus groups.

“Every university in the country continually updates its marketing plan and identity to meet changing multimedia needs and enhance branding efforts,” Hankins said. “We also want to ensure that Arkansas State has consistent, high-quality images and messages — from printed materials to social media — that appropriately communicate a major destination university and a national brand.

A-State’s primary identity mark is the “STATE” logo with “Arkansas State University” below, Hankins said, and it is now used exclusively by the Jonesboro campus. The ASU System recently adopted a new logo, and the two-year campuses are updating their logos.

“I’m particularly proud of the work done on campus by our award-winning creative services team on these logos,” Chancellor Tim Hudson said. “It’s been a long, inclusive process but an important one as we continue to communicate Arkansas State’s mission. As higher education becomes even more competitive and students have more choices, it’s imperative for us to have a strong marketing plan.”

SimpsonScarborough, a marketing research and strategy firm that specializes in higher education based in Alexandria, Va., and Stone Ward, a marketing and advertising agency in Little Rock, presented key findings regarding university marketing and the logo after conducting focus groups that were inclusive of students, faculty, academic leadership, and athletic groups. The Stone Ward study focused on visual identity for the entire system, while the SimpsonScarborough research addressed A-State’s image and brand.

“The STATE logo tested with the widest recognition and the most positive feedback, and it basically was described as ‘unanimously loved,’” Hankins said. “The university flame logo had low recognition. The STATE lends itself to appealing signage, marketing materials, and apparel.”

Bill Smith, executive director of marketing and communications at A-State, said there is a trend to bring institutions together under one primary logo. In the past two years, Louisiana State University, the University of Michigan, and Texas A&M University are examples of major research institutions, he said, that made similar changes. In the region, Louisiana Tech University went to a single icon popular with alumni and fans replacing previous academic logos.

With the growth of Internet and social media use, Arkansas State has encountered ongoing market confusion with its “ASU” moniker. In particular, Arizona State University registered the Internet domain name “asu.edu” in 1987 while A-State adopted “AState.edu” in 1991. The Twitter hashtag “asu” almost always references Arizona State, Hankins said, while the “AState” hashtag is working effectively for Arkansas State. Appalachian State University, a new member of the Sun Belt Conference, refers to itself as “Appalachian,” uses the domain name “appstate.edu,” and implements the Twitter hashtag “appstate.”

“We know that everyone who has been associated with Arkansas State through the years and even most Arkansas residents will continue to refer to the university as ASU as a local reference,” Hankins said. “But as a growing national brand, it’s important for us to brand ourselves differently and consistently.”

Printed materials are being updated with the new logo as existing supplies are exhausted to minimize the cost of the conversion. Newer banners on campus already incorporated the STATE logo, and other signage is being updated by the university’s facilities management department.

A detailed brand identity standards manual and high-quality electronic versions of the logos will be posted to the university website so all constituencies will have access and contribute to consistent use. The manual details font usage, official color specifications, logo designs for various campus entities, and spacing requirements.

“We discovered a number of brochures and social media sites that used inappropriate logos and colors and reflected negatively on the university,” Hankins said. “Any material representing Arkansas State should use our trademarks and identity in a consistent, uniform manner. This is a standard marketing requirement for just about any university or company.”

Both the A-State logo and the Red Wolves athletics logo will be used exclusively by the Jonesboro campus. The new ASU System logo, which was unveiled at the May 23 Board of Trustees meeting, will be used to identify and brand the system.

“As the ASU System continues to develop and grow, it will be important to have an identity as a statewide system of higher education institutions that isn’t necessarily tied directly to A-State in every use,” said Dr. Charles L. Welch, president of the system. “The Board of the Trustees and I believe it’s important for each institution to have its own unique identity while also sharing the benefits of being part of a system.”
Academic seals, used primarily for diplomas and official documents, are being developed for the system and each campus in the system but will have a consistent design very similar to the existing seal used systemwide, Hankins said. Instead of three city names, each will have one city reference and an icon unique to each campus. A-State’s icon will remain the Memorial Arch.

A committee is being formed to develop a website and social media standards policy for the entire ASU System, said Hankins, adding that it will be subject to shared governance procedures and approval by the ASU Board of Trustees. Additionally, work has begun on a new website for the ASU System.

Arkansas State University is a four-year research institution that serves more than 14,000 students with a mission to educate leaders, enhance intellectual growth, and enrich lives. 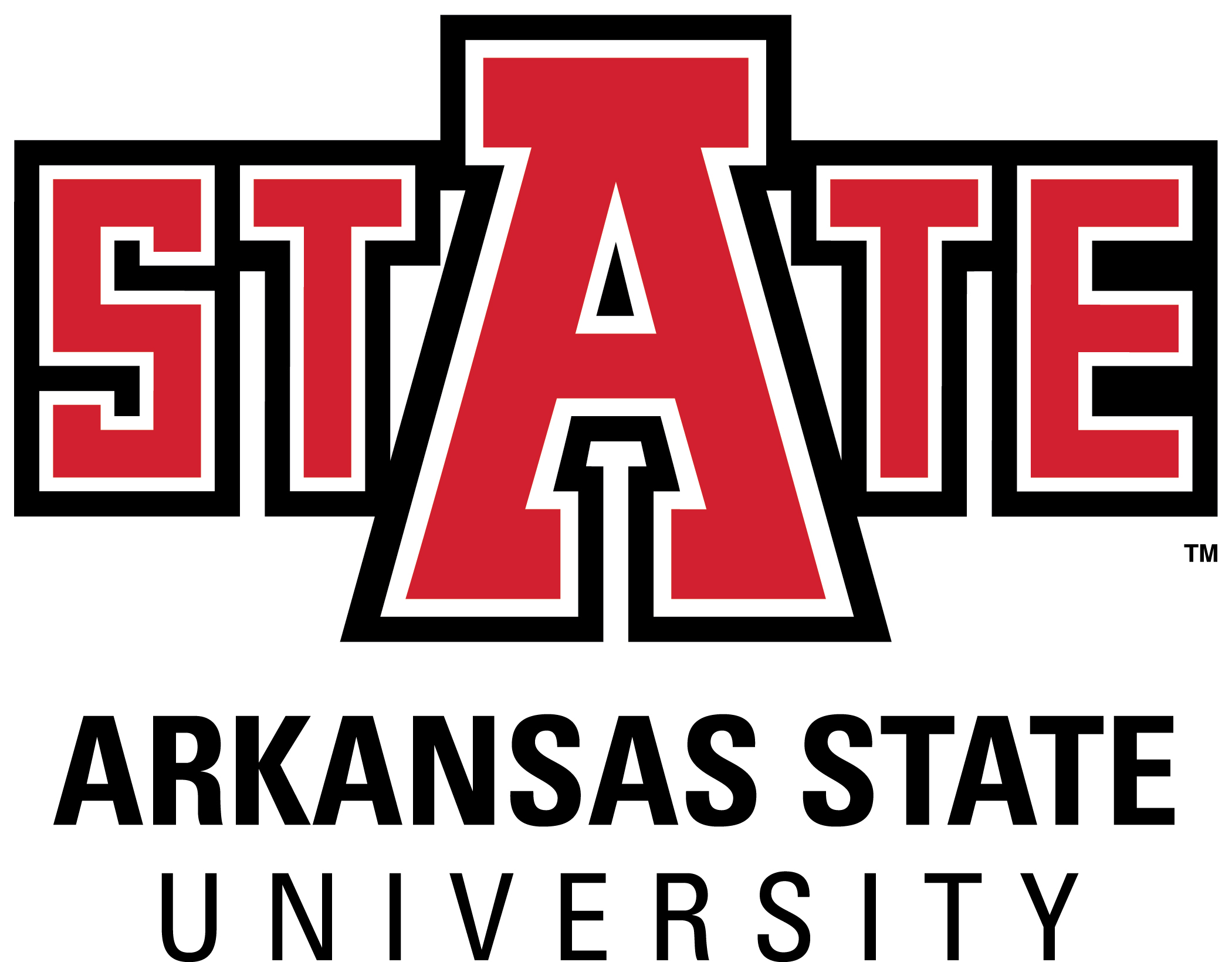 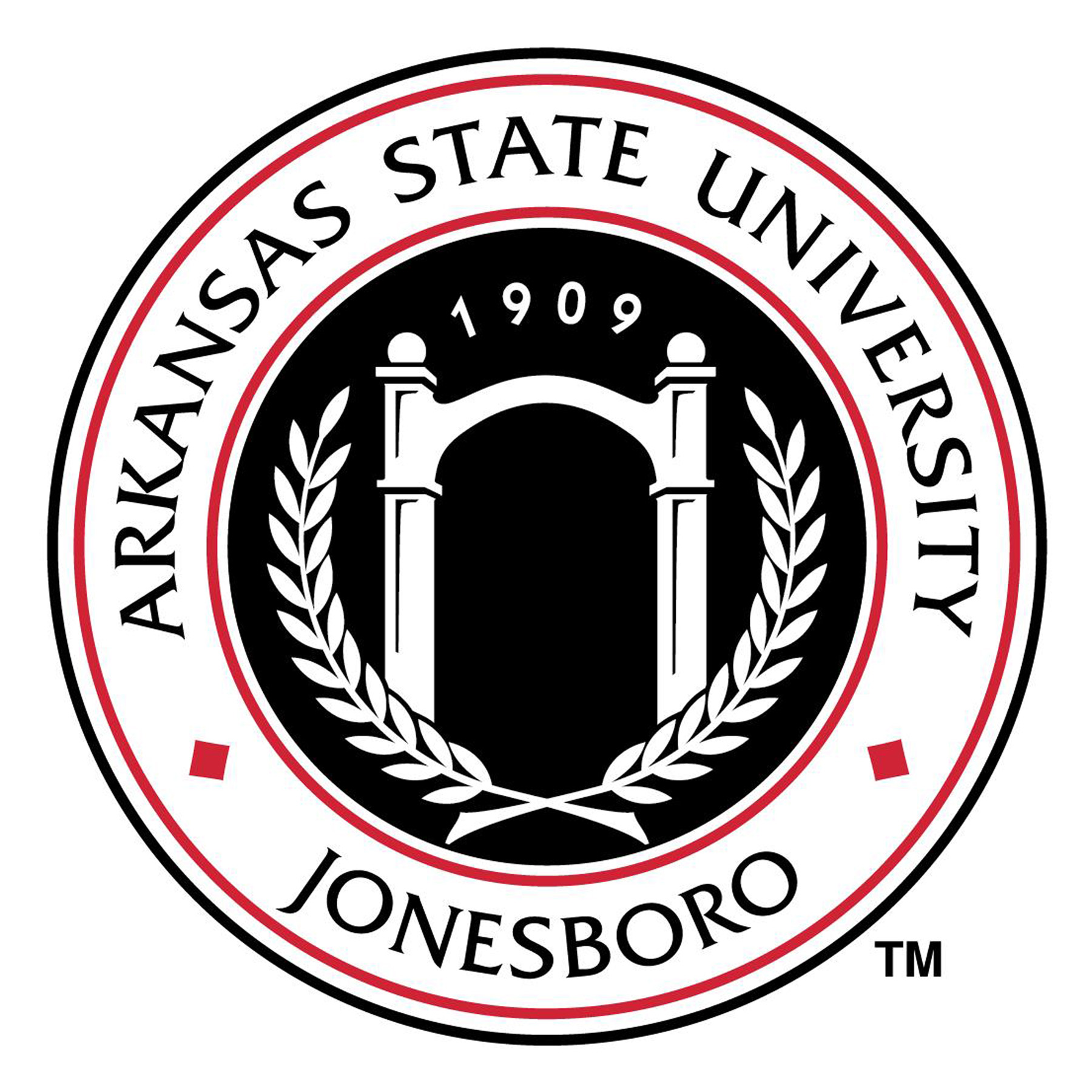