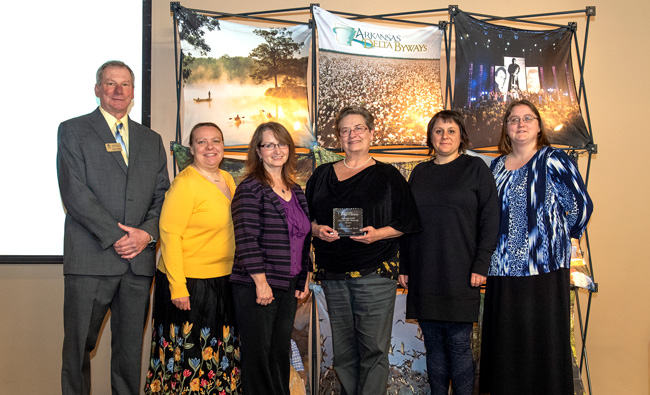 JONESBORO – The 20th annual Delta Awards, recognizing tourism achievement, were presented by Arkansas Delta Byways during the organization's annual festivities at the Technology Center for the Delta in Wynne.

ADB presented its "Outstanding Member Award" to Sheila Ward, manager of the Welcome Center at Blytheville.

The "Tourism Person of the Year" award went to Little Rock resident John Gill, author of several books on Arkansas history, former chair of the Arkansas History Commission, and a member of the State Parks, Recreation and Travel Commission.