If you plan on watching the big game Sunday between the Denver Broncos and the Seattle Seahawks, you might want to keep your eyes open for Arkansas State University alumnus Casey Pearce ’03.

He’ll be working again this year, as he has for the last six consecutive years, as a part of a group of staff members from the National Football League teams who run the media center at the Super Bowl, and then as a public relations representative to team members following the end of the game.

During the season, Pearce is manager of media information for the St. Louis Rams, a ‘dream job’ he’s held since 2010. Prior to then, he was with the San Diego Chargers organization as managing editor of websites and publications.

“During college, I went to visit a friend at Vanderbilt one weekend,” Pearce said. “We went to the restaurant, waited in line and placed our orders, only to find they didn’t take debit cards. We were stuck––until a lady behind us in line placed a $10 bill on the counter and paid for our food.

“We visited over our lunch and I learned she owned a marketing company that represented Baptist Hospital in Nashville. She asked me what I wanted to do––I told her was studying sports management and communication at A-State. We had a good visit, and that lunch eventually landed me an internship with the Tennessee Titans!”

Following another semester-long internship with the New York Jets, Pearce was hired by the San Diego Chargers.

“My experience at Arkansas State was the best,” he said. “When I graduated from Russellville High School, I wanted to come to Jonesboro because of the reputation of the College of Media and Communication. Teachers like Lisa Moskall (instructor in Strategic Communications) helped prepare me for the success I’ve earned.”

Pearce said his ultimate goal is to become a public relations director for the NFL, and to do his part in helping the Rams come to next year’s game, but he has to get through this weekend first.

Saturday night, he’ll walk the red carpet at the NFL Honors; defensive end Robert Quinn is up for ‘Defensive Player of the Year’ from his St. Louis Rams. He said he’s looking forward to the game at the Meadowlands on Sunday.

“When you have a big event like this near the biggest city in the county, it makes for a very interesting day,” Pearce said.

So, keep your eyes open for A-State alum Casey Pearce! 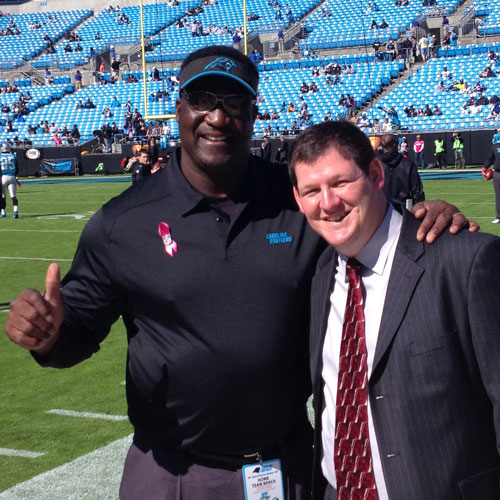 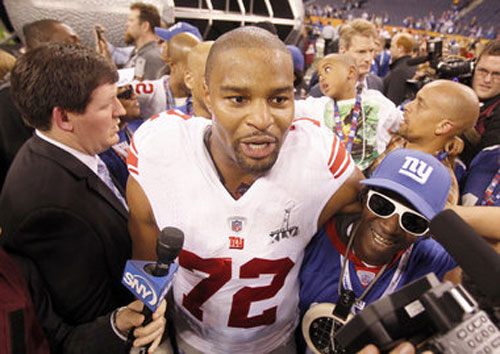