JONESBORO, Ark. — Alexander Houser, the assistant coach for Arkansas State University’s rugby team for the last year, has accepted the head coaching position for the Red Wolves. Houser takes over the reins from Matt Huckaby who has decided to devote more time to his job in Large Scale Distance Education operations at ASU. However, Huckaby will continue to work with Houser and the rugby program.

“I’m very excited,” said Houser. “Working with Matt throughout the year as his assistant, I learned a lot from him. Being a head coach is something I’ve wanted to do since I started playing rugby at 14. This is a culmination of that dream.”

Houser will not be entering a new situation. After all, he coached the Red Wolves to a national title at the 2012 Emirates Airlines USA Rugby College 7s in December, defeating his alma maters the University of California at Berkeley and Life University for the first time ever.

The feat marks the second national title for ASU. The 1970 football team won national college division trophies from the Associated Press, United Press International and the Washington Touchdown Club with a perfect 11-0 record.

Prior to joining the ASU staff in 2011, Houser served as an assistant coach at Life University. While there, he helped the undergraduate team to a No. 4 national ranking and helped oversee the backline coaching duties, individual skill development and strength and conditioning. During the 2009-10 season, he was a player-coach on Life’s Division One men’s side that finished third in the nation. He has also played for the University of California-Berkeley as a center, during which time the team captured four national university championships, and he was named as an All American three times from 2001-2003.

In 2003, Houser received the Hugh Preston Award for Leadership at Cal, the only individual award presented annually by the rugby team.

As a player, Houser played center, flyhalf and wing for Life University. The program advanced to the national playoffs each season he played. The team won a national championship crown in 2008. He also has extensive international experience having played in Vancouver, Canada; Capetown, South Africa; Dublin, Ireland; Toulouse, France and Canberra, Australia.

Houser who has spent five years overall coaching and 18 years as a player, received a bachelor of arts degree in American Studies with an emphasis in American Business Globalism from Cal in 2003. He went on to earn a masters degree in Sports and Exercise from Life University and received the Life University Memorial Scholarship for Outstanding Academic Achievement. He completed a doctor of Chiropractic degree from Life’s College of Chiropractic and was named to the dean’s list from spring 2009 through winter 2011.

After the holiday break, Houser said ASU players have begun workouts in preparation for the spring season. A preseason match in College Station, Texas with Texas A&M is scheduled Feb. 2 and marks the beginning of the spring schedule.

“I’m very familiar with the Arkansas State program, and I want us to establish a team identity and culture that the players feel they have ownership of,” concluded Houser. “When people hear ASU rugby, we want them to think hard-working, academics, respect and a team that will compete and contest everything, all the time.” 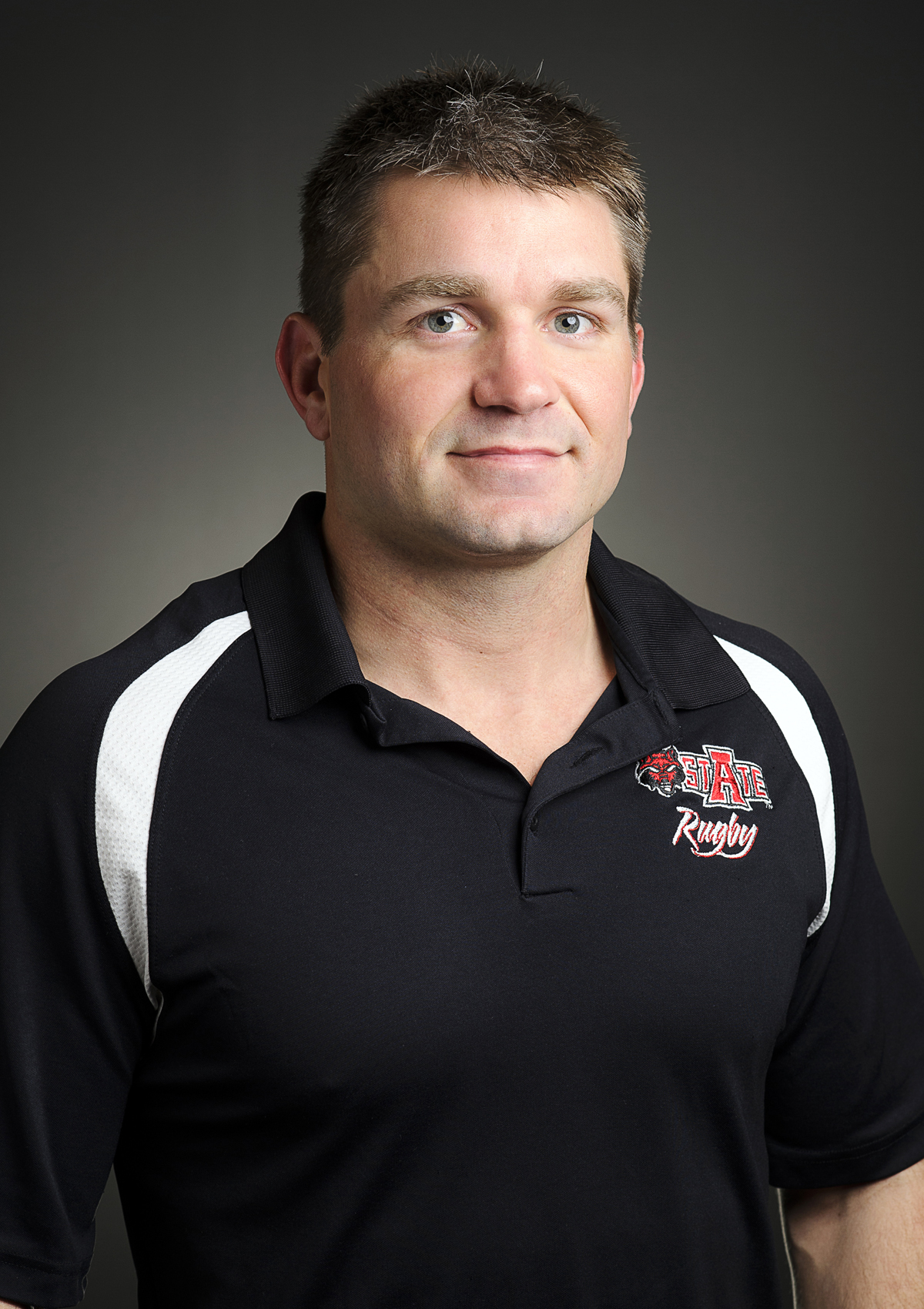 "I want us to establish a team identity and culture that the players feel they have ownership of. When people hear ASU rugby, we want them to think hard-working, academics, respect and a team that will compete and contest everything all the time.”