JONESBORO -- Arkansas State University’s Fowler Center, 201 Olympic Drive, will present Mike Farrell in "Dr. Keeling’s Curve" as the opening performance of the 2015-16 Riceland Distinguished Performance Series on Friday, Sept. 25, at 8 p.m.  The sponsor of the show is KAIT-TV.

“Don’t miss this special night at the Fowler Center with Mike Farrell, an actor best known for his role as Captain B. J. Hunnicutt on the television series M*A*S*H,” says Bob Simpson, Fowler Center director.  "Farrell also is an activist for various political causes, one of which is the environment."

In this one-man play by George Shea, Farrell plays Dr. David Keeling, the scientist whose research on carbon dioxide first alerted the world about global warming.  In this highly acclaimed performance, Farrell brings to life the quirky and brilliant man who created the Keeling Curve, the iconic chart that illustrated the rise in atmospheric carbon dioxide levels from 1958 to the present.

The story combines Keeling’s personal journey with insights of atmospheric scientists who, hundreds of years earlier, made discoveries that laid the foundations for Keeling’s own extraordinary work.  The audience meets Jean Joseph Baptiste Fourier, whose obsession with heat led to an understanding of the greenhouse effect, and Svante Arrhenius, who proved a link between global warming and carbon dioxide.  The play paints very human portraits of these and other great scientists.

All seating is reserved. Individual tickets for the Riceland Distinguished Performance Series are $30 and $20 for adults, and $23 and $15 for senior citizens and students, $24 and $16 for A-State faculty and staff, and $10 and $6 for ASU students with a current ID.  Group discounts are available for groups of 15 or more.

For more information, contact the Fowler Center at (870) 972-3471. Tickets may be purchased at the Central Box Office in the Convocation Center, 217 Olympic Drive, Jonesboro, or by calling (870) 972‑ASU1 or by calling toll-free at (888) ASU-FANS. Tickets are also available online from the Central Box Office (http://www.astate.edu/tickets/) and from Fowler Center (www.yourfowlercenter.com). 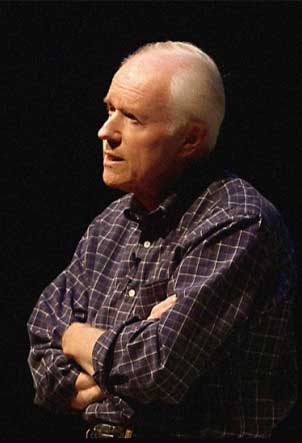