07/30/2015
JONESBORO – Two broadcasting students at Arkansas State University have each been awarded $5,000 scholarships from the Jim Elder Good Sport Fund in Little Rock.
Kirsten Pieri-May, a junior multimedia journalism major from Paragould, and Keandra Gross, a junior creative media production major from Memphis, Tenn., will each receive the scholarships for the fall 2015 semester.
The scholarships are named for sportscaster Jim Elder who died in 1998. Elder was an 11-time Arkansas Sportscaster of the Year and was inducted posthumously into the Arkansas Sports Hall of Fame in 2007. Throughout his career, he was a baseball umpire before becoming a sportscaster in 1960.
Pieri-May is the incoming manager for ASU-TV, the university’s cable TV channel, while Gross is an ASU-TV sports producer.
Winners of the scholarships must be a major in broadcasting or journalism with a minimum 48 hours completed before the fall 2015 semester, and have a minimum grade point average of 2.75. Financial need, career goals and community involvement are also considered as criteria.
Both students completed interviews before a committee in Little Rock after submitting written applications. Each will have the option of applying for the scholarship again prior to the senior year.
# # # 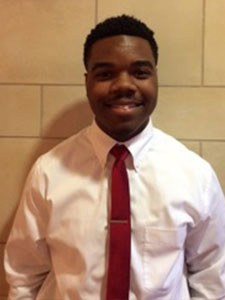 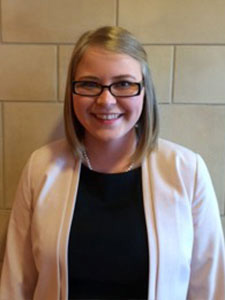