JONESBORO — Fresh off a victory over Navy just a week ago, Arkansas State University’s rugby team is in Provo, Utah, to face Brigham Young in the semifinals of the 2016 Penn Mutual Varsity Cup Championship, Saturday, April 23. Start time is 2 p.m. CT and the game can be viewed on https://m.youtube.com/user/BYURugbyTV.

“The semifinal is a great opportunity for our team to really test themselves as individuals and tests our club on teamwork,” said Head Coach Shaun Potgieter. “Playing Brigham Young is a great challenge. They are big and fast and don’t give you much to work with. They are very well coached and have a winning history.”

Ranked first in the GoffRugbyReport.com, BYU is the three-time defending champion in Varsity Cup, winning over California in the 2013, 2014 and 2015 finals. The Cougars are 21-0 and coming off a 75-15 win over Dartmouth in the quarterfinals last weekend. In 2012, the Red Wolves dropped a 49-42 thriller to BYU in the D1-A National Championship.

However, Arkansas State is not without talent. The Red Wolves have already soundly defeated Clemson, 50-0, at home and handed Navy a 31-24 loss on the road last weekend. The team is healthy and looking forward to playing in the semifinals.

“We are not going to stand down by any means,” continued Potgieter. “We have worked hard to get this far, and our goal is to go all the way. I am very proud of the team, but I have high expectations from them, too. So, I’m excited to witness a great clash tomorrow afternoon.” 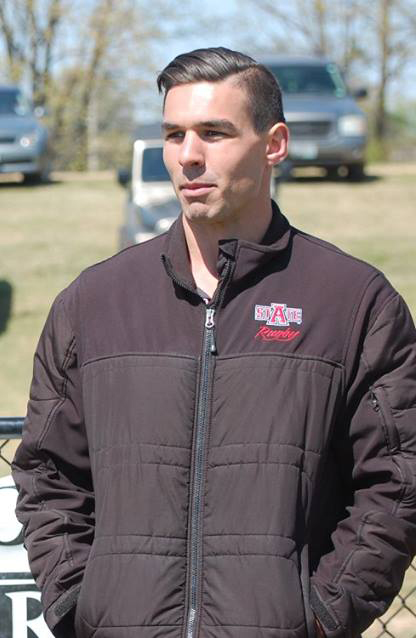