The two preseason matchups served as tune-ups for the Red Wolves who open Mid-South Conference play Saturday, Feb. 22, at home against Lindenwood University at 1 p.m.

“It was a good first outing to open up our 2014 spring season,” said an elated head coach Mani Delaibatiki, in his coaching debut at Arkansas State. “It’s a great start beating the number one college side from Texas in that manner.”

Delaibatiki had high praise for the entire Red Wolf team, which is ranked third nationally by by USARugby.org, but pointed out that the play of his veteran players was outstanding.

“There were a lot of standout players in the first game against Texas A&M, but Robert ‘Zinzan’ Puttick was our man of the match in that first game,” continued Delaibatiki. “The second game, Alex Goff led the team well against Harding, which was a great game as well for our young men.”

He mentioned that a great number of players excelled against Harding, but Austin Bush, according to the head coach, was the man of the match in that game. Bush is a freshman from Rowlett, Texas.

“All our young men showed what they can do and played the type of game we are trying to build here at Arkansas State University,” concluded Delaibatiki. “It was a good team win today for both sides, because everyone contributed to the win and played the game the Arkansas State rugby way. The team played well together and I am proud of what they all did here today in our first outing of the season. We have a lot to work on still, but it’s a positive start to the season,

“We took a lot of positives from this game, but there are still a lot of things we need to work on, fix, and improve on for next weekend’s game. But, we will take the win.” 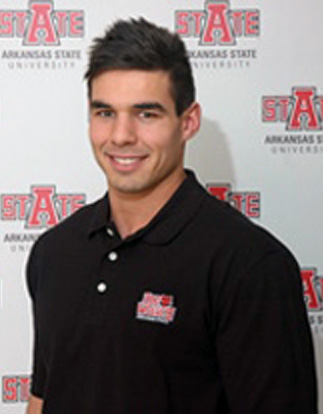