Seventh-ranked Lindenwood, out of St. Charles, Mo., is new to Division I-A collegiate rugby, but put on a physical show against the third-ranked Red Wolves. However, strong defense kept Lindenwood at a distance.

“Lindenwood was a totally different side this time round compared to last year,” said first-year Red Wolf head coach Nemani Delaibatiki. “They weren’t the same group that our junior varsity played in St. Louis. With a lot of recruits this spring from Australia, South Africa and a new coach, they looked the part today. But, A-State was able to weather the storm and come away with the win.”

The Red Wolves led early with a try but Lindenwood managed to stay close to make the score, 15-10. Gavin Brown led the Red Wolf scoring with two tries. Following another try, Arkansas State made the score 22-10, before the game turned defensive.

Team captain Shaun Potgeiter led the way for A-State and added a penalty to give his team the lead, 25-10. Lindenwood scored once again, but time ran out, allowing the Red Wolves to post their first conference victory on the season.

“There were a lot of standout players in the game including Kudakweshi Makuvire making some big runs to Paul Steyn Benade,” continued Delaibatiki. “Shaun Paterson, Jonathan Howard and Shaun Potgieter constantly put pressure on the Lindenwood offensive line by beasting up on defense.

“Harry Higgins and Connor Cook both put in some big hits to drive Lindenwood back. Dominic Bisogni also played well. Dylan Carrion and Zin Zan Elan-Puttick linked well together. Michael Baska, Dustin and Dale Bates, Gavin Brown and Tom Haussrer all played well in moments of the game, and our bench all contributed well to give us the win at end of the game,” added Delaibatiki.

“Our JV team played some good rugby even though the score might not reflect that,” said Delaibatiki. Led up front by captain Alex Goff, they started well and got on the front foot a few times during the first half, but little handling and decision making errors proved costly at the end of the game.

“But, it’s something we can manage, fix and get better for next weekend’s game. There were a few standout players today, but Cody Crawford and Tito Chitanda are some of those lads that had good moments in different phases of the game and had a good game despite the loss.

“We still have a lot to work on, a lot of room for improvement, and on Monday it’s back to the drawing board for us. We know we have things that need to be fixed, improved on, before our next match and this next week we will be doing just that.”

Arkansas State will go on the road next (Saturday, March 1) to play number two-ranked Life University in Atlanta, Ga. at 1 p.m. 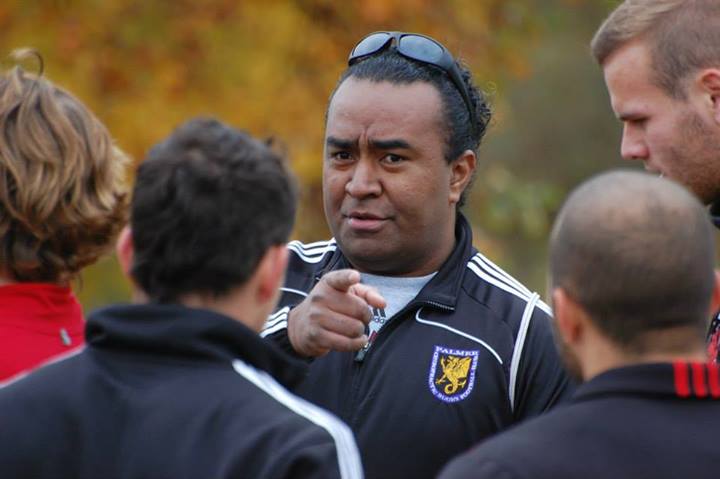