JONESBORO – Coming to the A-State campus in March, Speed Dating Tonight! is a one-act comic opera with intimate and heart-felt elements that touch upon what we all strive for, a real human connection.  It is one of the first operas to feature flexible casting.  Performances will run from Thursday through Saturday, March 10-12, at 7:30 pm in Fowler Center’s Drama Theatre.

Composer Michael Ching (former director of Opera Memphis) based the score on a concept by Dean Anthony.  Most of the “Dater’s” arias are in high, medium and low keys.  The casting can be assigned at the director’s discretion because nearly all of the roles are not tied to a specific gender.  Even the order of the show is open to transformation.  The centerpiece of the opera is a series of 90-second “dates” which can be put together in whatever order or key desired.

Dr. Marika Kyriakos and Matthew Carey, professors of voice, also will make guest appearances in the show.  The collaborative pianist will be Brian Henkelmann. 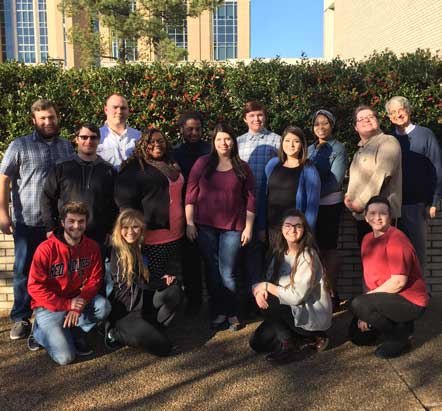