JONESBORO – In regional competition with 13 other universities, Arkansas State University’s civil engineering students earned the most first and second place finishes in five categories of competition.

Dr. Tom Parsons, professor of civil engineering and faculty sponsor for the chapter, said he was extremely pleased with the students’ success, an achievement made more memorable for him because this was his last time to sponsor a team at Deep South.  He is retiring from Arkansas State at the end of this academic year.

A-State entries in mystery events and technical paper won first runner‑up in their respective contests. The mystery event team consisted of Keegan Tatsch of Mena, and the technical paper was written and presented by Travis Brooks of Jonesboro.  The concrete canoe team placed seventh overall. 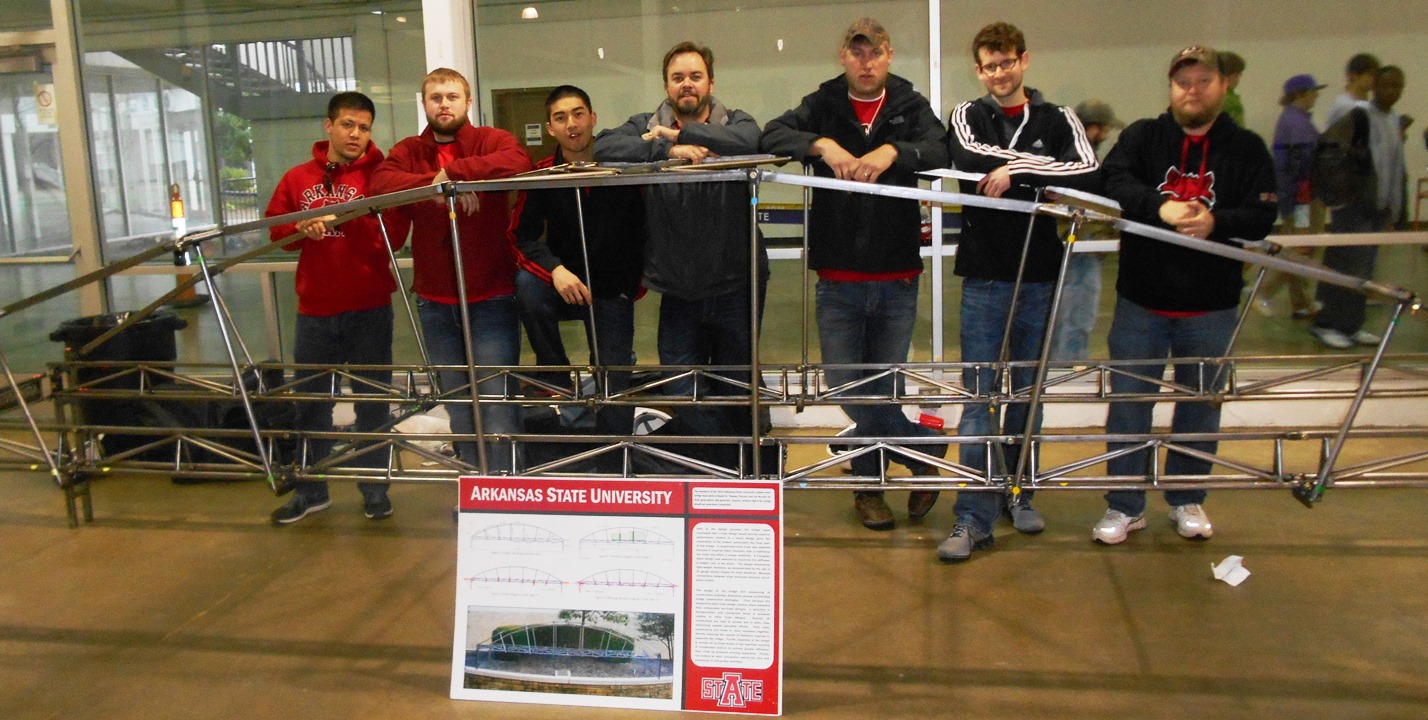 Members of the steel bridge team are (from left) Eric Romero of Hot Springs, Grant Cox of Jonesboro, Kevin Wang of Sherwood, Ryan Wood of Birmingham, Ala., Eugene Uekman of Quitman, Travis Brooks of Jonesboro, and Steven Rollins of Paragould.