JONESBORO – The Arkansas Natural and Cultural Resources Council (ANCRC) announced it will award Arkansas State University $25,000 to begin the preservation and archiving process of a collection of film donated to the university by KAIT-TV.

The collection consists of 206 reels of 16mm news film that were donated to A-State in 1986.  Although the film has been stored in environmentally appropriate conditions, most of the splices and the materials used to connect daily film compilations have deteriorated over time.  Funds from the grant will be used to restore and preserve the film.  Once this is accomplished, the contents of the film will be transferred to high definition digital media.  Additionally, a searchable database cataloging the contents of the film will be created, allowing efficient access to the contents for students, researchers and documentarians, according to Dr. Brady Banta, archivist in the Dean B. Ellis Library.

The film collection is an untapped resource that possesses historic significance for Arkansas, the region and the nation.  Produced by KAIT from 1973 through 1980, the collection contains documentation of people, events and locations throughout Northeast Arkansas.  Footage in the collection includes documentation of the aftermath and recovery from the 1973 tornado that destroyed significant portions of Jonesboro, the continuing struggles for civil rights, the impact of technology and government programs on agriculture, interviews with various political figures and many other news events covered during the time span. 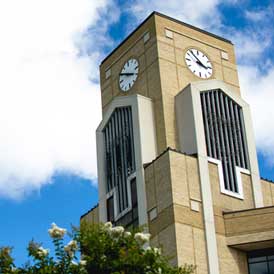