“We want to be a leader for emerging sports, and the interest we’ve seen from our student’s viral video reveals that while the water might not have been deep, the response was coast to coast,” Director of Athletics Terry Mohajir said.

Known as the Red Wolves as a member of NCAA’s highest level, Division I Bowl Championship Division, the proposed name for the ESCSWS program is the Sea Wolves.

Arkansas State is looking into the full-time conversion of the lobby into Kays Natatorium, and the establishment of an endowed coaching position to honor the building’s namesake.

The largest residential hall at A-State and home to many first-year students, it honors V.C. Kays, an accomplished student athlete and football coach before assuming duties as the institution’s first president in 1910. 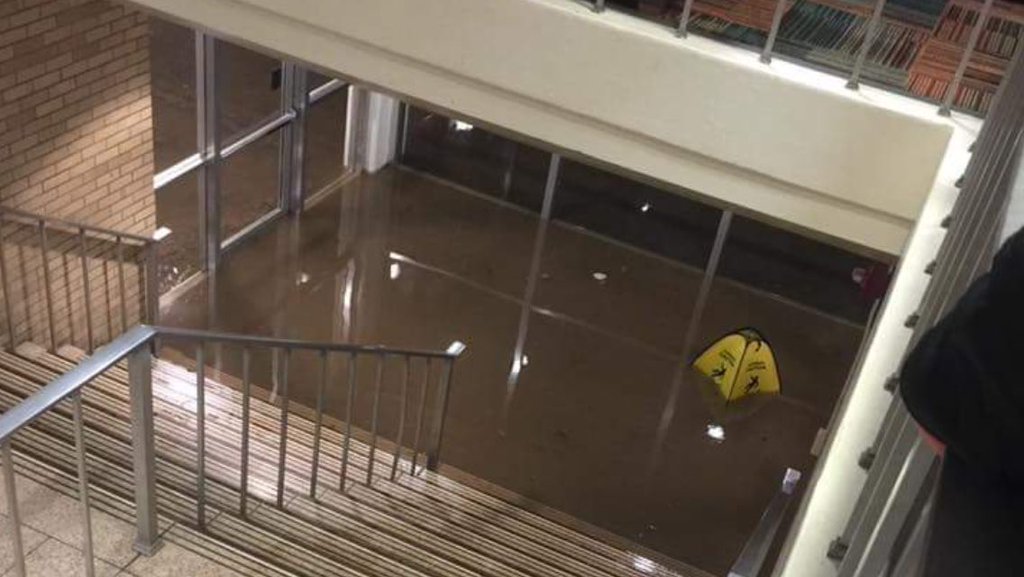 “Legend has it that V.C. Kays had an unfulfilled desire to broaden his career to aquatics,” unofficial university historian Tom Moore said.  “The Illinois native understood the land, but wanted to know more about the water.”

Other university officials pointed out the extreme short course shallow depth event could be a “home field” advantage for A-State.

“Remember, this is America’s rice production heartland,” Dr. Tim Burcham, Dean of Agriculture and Technology said.  “We do tremendous amounts of research into water as a resource, and to farming in shallow fields.  Thousands of Northeast Arkansas residents have ESCSWS experience.”

“Not only are our friends in the agricultural community interested, we have seen interest expressed through social media from national corporations,” Jason Penry, vice chancellor for advancement said. “We would entertain naming rights for the Kays lobby.  Serv-Pro Stadium seems like a natural.  We are ready to dive right in.”

The proposal was not without controversy as the proponents of the existing Olympic-size, full depth swimming pool and the university’s club swim program voiced concern that the new project could result in the watering down of state resources.  The item may be walked on to the Faculty Senate agenda this afternoon, April 1, to address shared governance concerns.