The PAC Paths are part of an overall plan to promote bicycle usage on the Jonesboro campus and to raise awareness of bicycle and pedestrian safety.  PAC stands for Pedestrian And Cyclist.

“Sharing our campus roads and multi-use paths is the heart of our plan,” Executive Director of Marketing and Communications Dr. Bill Smith said.  “We want automobiles to share with our cyclists, and for riders on our campus to remember to yield and share with pedestrians, particularly in our campus core.”

The PAC Paths are the result of a six-month long project spanning the past two semesters to study how to create a campus-wide master plan for bicycle thruways.  A campus special committee chaired by A-State’s University Planner Bill Hall recommended the marking system.

“One of our goals was to listen to many groups on campus – faculty, students and staff, walkers and riders – and take their input,” Hall said.  “We wanted to encourage the safe use of our campus by pedestrians and cyclists.”

Marking existing roads, multi-use paths and the creation of the first bike lane on campus are part of a long-range plan to encourage on-campus bicycle usage.

“I know our students are interested in increasing bicycling on campus,” Student Government Association president Logan Mustain said.  “I’ve received several messages from students asking if we could work on bike trails and paths, and the PAC Paths are a great start.”

The section of Aggie Road which runs in front of Sorority Row and the Red W.O.L.F. Center is scheduled for the first on-campus dedicated bicycle lane in Phase I.  Red W.O.L.F. Center is the home for the A-State SGA’s bicycle sharing program.  Students can use their ID to borrow bicycles for free for campus usage.

The national standard marking called a “sharrow” – share the road arrow – will mark most of University Loop along with Olympic Drive, Alumni Boulevard and the on-campus portions of Aggie Road as a part of Phase II.  A similar sharrow will go on the wider multi-use paths that connect key parts of campus. Approximately five miles of campus roads and three miles of multi-use paths will be marked.  With the bicycle lane on Aggie, the PAC Paths are just over 8.2 total miles on campus.

“The message of the sharrows is important for everyone,” Smith said.  “It reminds drivers of the Arkansas state law to share the road with cyclists, and to provide a minimum of three feet of space when passing bicycle riders.  At the same time, we recognize that as vehicles, bicycles should not use standard sidewalks.  By adding the sharrows in the campus core, it gives cyclists a clear indication of where these multi-use paths are located and puts the emphasis on riders to share with pedestrians.”

The interior campus sharrows on multi-use paths also guide riders to avoid sidewalks which are not suitable for bicycle usage.

The plan includes creation of safety and promotional materials for students coming to campus in the fall 2014 semester.  Special bicycle events are also in the preliminary planning stages for this fall.

Along with the marked paths, A-State is working with the City of Jonesboro, cycling groups in town and civic organizations to create a city-wide master plan to enhance bicycle usage for the general public. 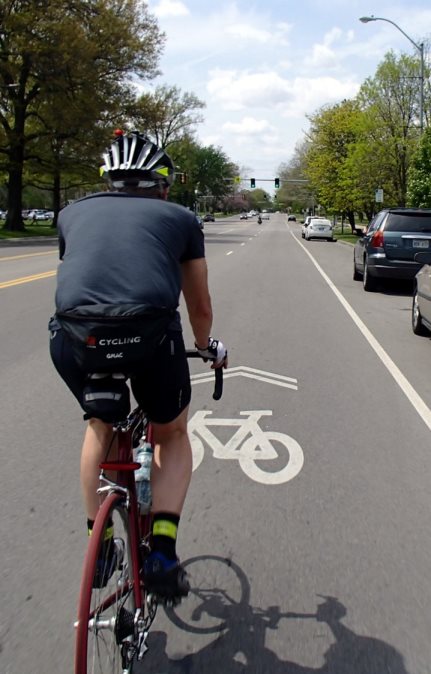 Example of Sharrow
in Topeka, Kansas 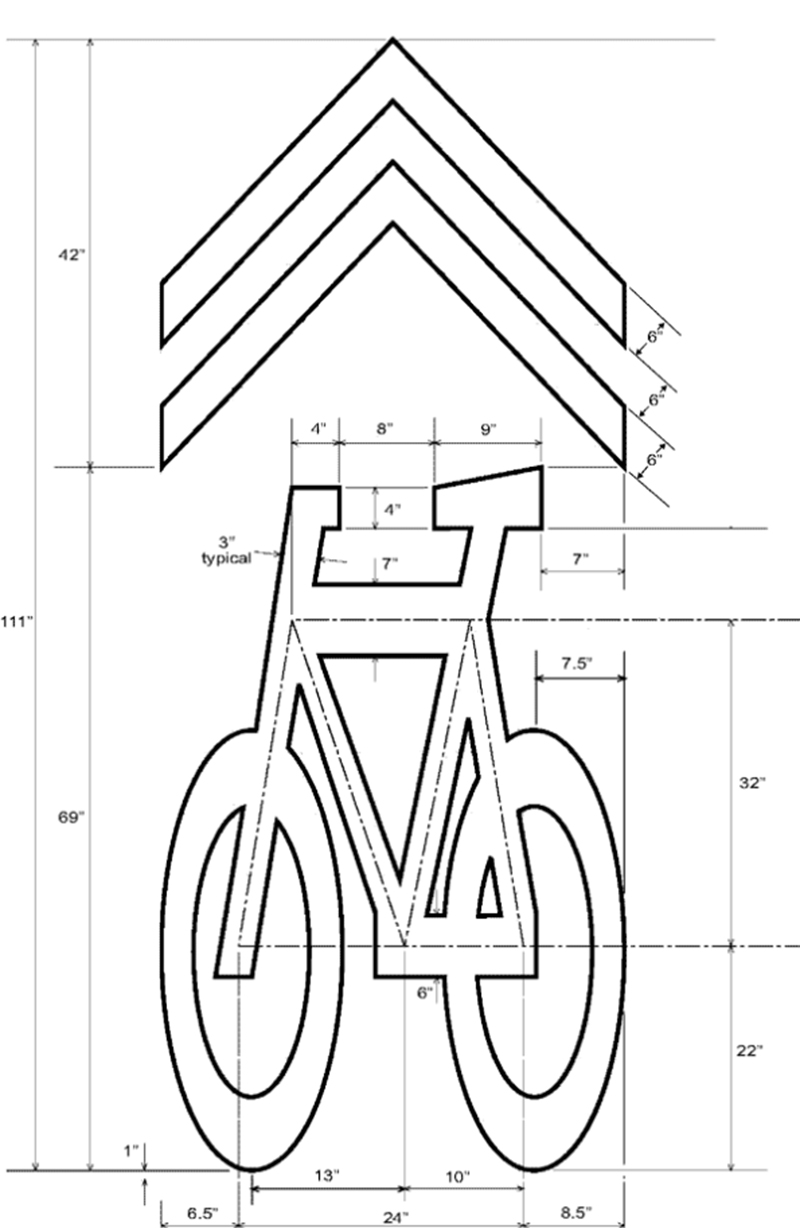