A-State defeated Oklahoma, 21-6, in the first game, then knocked off Lindenwood, 28-7. The third victory was a dominating 31-7 matchup over Davenport.

“It was more like a warm-up tournament for all four teams,” said Matt Huckaby, the interim head coach for Arkansas State. “All of the teams have qualified for the national championship and it’s a long wait, so each program wanted to get in some more playing time and give some younger players some action.”

Huckaby was especially pleased with the play of scrumhalf Dylan Carrion. Carrion, a 5-8, 150-pound senior from Plano, Texas, blazed downfield to score twice in a matter of seconds against Lindenwood and was all over the field throughout the day.

“Dylan had an unbelievable day,” continued Huckaby. “He scored on about five or six tries. He was so quick and would just grab the ball and take it upon himself to fight his way through everybody, break away, and get downfield.”

RugbyMag.com ranks the Red Wolves number one in the Mid-South Conference and third nationally. Arkansas State won the South Independent 7s qualifier Oct. 28 by defeating Middle Tennessee State, 33-5, in the semifinal before taking down Life University, 24-19 in the final. 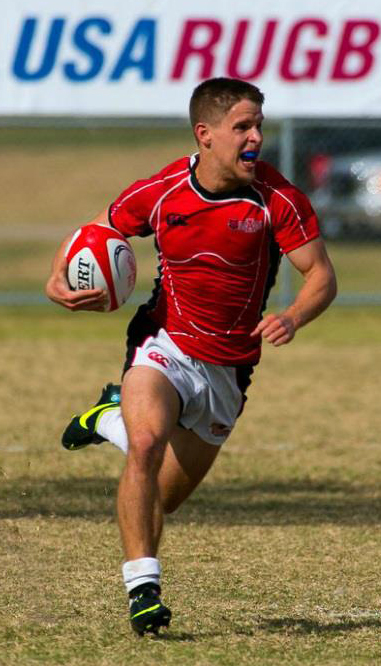