Admission is free to all events in the Lecture-Concert Series.  The concert is presented with funding support from the A-State Bands, Department of Music, the College of Fine Arts, the Brass Society, and Trumpet Guild, according to Dr. Tim Crist, chair of the Lecture-Concert Committee.

Lazarus is known for his distinctive blend of lounge/exotica and funk-fired jazz, and his work as both performer and composer have achieved acclaim from critics worldwide.

"Having Charles Lazarus on our campus for a three-day residency is an unbelievable opportunity for our students," according to Dr. Chris Wilson, associate professor of music.  "Chuck is a gigantic figure in the music industry as he is an internationally renowned solo/recording artist.  Additionally he plays in the Minnesota Orchestra."

Wilson added, "He will be working with A-State trumpet students both individually and collectively through lessons and master classes.  Our students are beside themselves and I predict that this will be a life-changing experience for them musically."

While still a student at The Juilliard School in New York, Lazarus made his Carnegie Hall solo debut with the New York String Orchestra at age 19.  Since then, he has performed with many prestigious international ensembles including the New York Trumpet Ensemble, The London Brass, and the Montreal Symphony.

Winner of the prestigious McKnight Fellowship for Performing Musicians in 2007, he has created and premiered three original orchestra pops programs in recent years: "A Night in the Tropics," "American Riffs," and "Fly Me to the Moon: Big Band Love Songs."

Lazarus released his debut solo CD, "Solo Settings," in 2005 and followed up with a second recording, "Zabava," in 2008.

He has been a member of the Dallas Brass, Meridian Arts Ensemble, Canadian Brass, and currently the Minnesota Orchestra.  His experience in education includes teaching at Princeton University and St. Olaf College, and he has performed and taught master classes throughout the world.

The musician has recorded for television and Imax film scores, as well as with major symphony orchestras and numerous classical, pop and jazz ensembles.

The Lecture-Concert Series brings notable guest speakers and performers of diverse backgrounds and wide appeal to the campus, according to Crist.  For more details, individuals may visit the series website, AState.edu/lectureconcert, or contact Crist, tcrist@astate.edu, (870) 972‑2094. 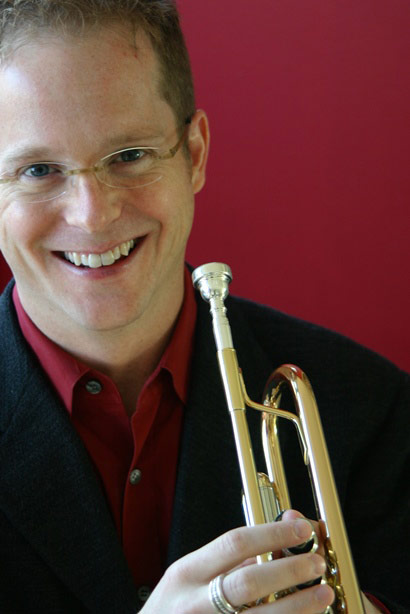