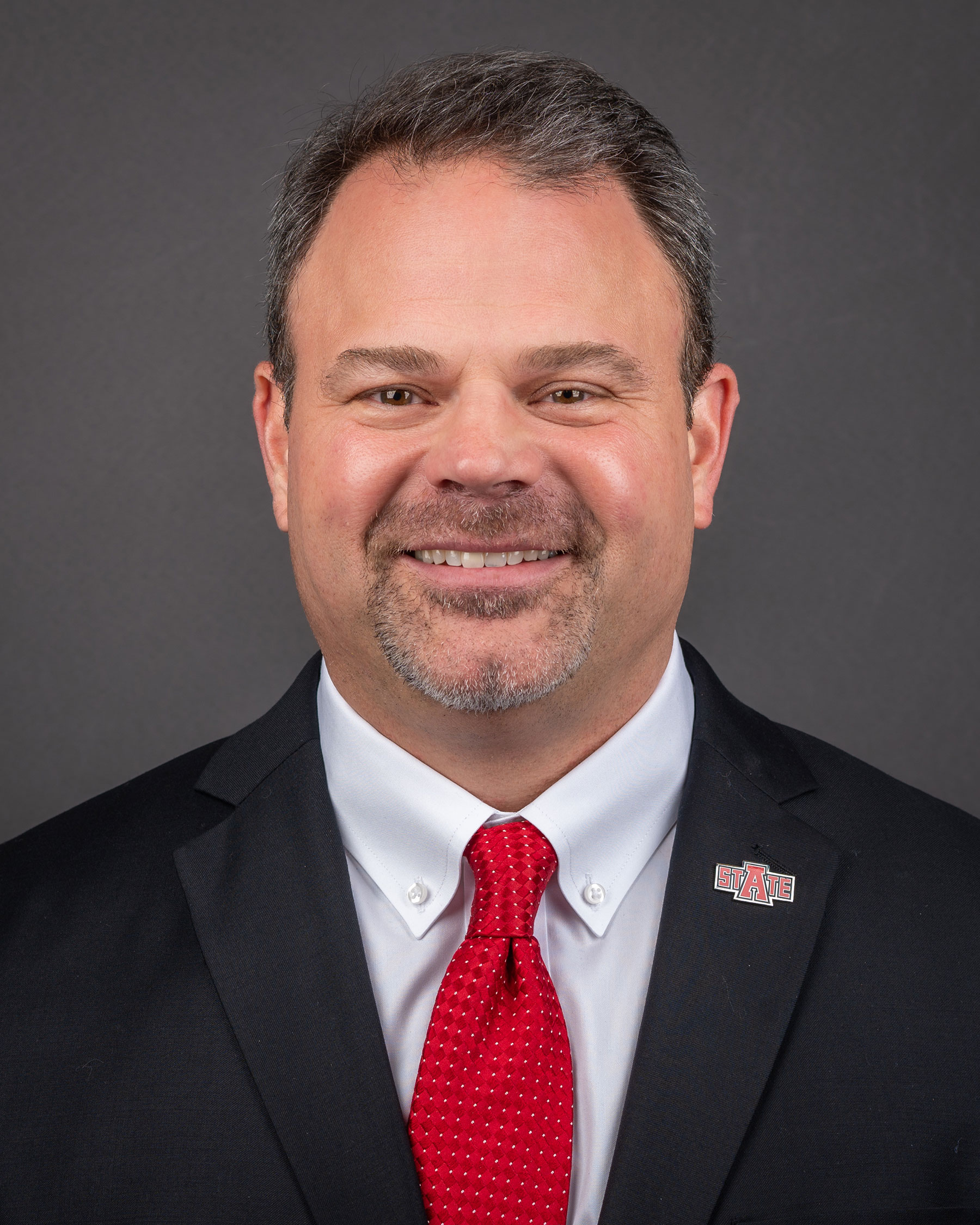 The dean of the Fulbright College of Arts and Sciences at the University of Arkansas since 2014, Shields will officially take over as chancellor at A-State in mid-August. He will be introduced on campus later this month.

“I believe that the hiring of Todd Shields will prove to be a truly transformational moment for our university,” Welch said. “He has an extraordinary track record in fostering student success, securing external funds, and managing large, complex academic units. These experiences, combined with his strong reputation and connections statewide, are precisely why the Chancellor Search Advisory Committee recommended his hiring to me. Dr. Shields outlined an exciting vision for our university in areas of community engagement and development, fundraising, academic programming and research. His energy and enthusiasm are contagious, and I cannot wait for our university community to get to know Todd and Karen.”

“I want to thank each member of the committee for their hard work and energy the past few weeks,” Welch said. “From assisting with the creation of the job announcement to conducting zoom meetings with potential candidates, it was a brisk schedule and I appreciate their commitment to a thorough job in providing important feedback.”

Shields’ depth of academic administrative experience spans from department chair to research centers and from deanships of individual colleges to divisions touching all corners of the university. His two most recent academic appointments, dean of the Graduate School and International Education (GSIE) and dean of the Fulbright College of Arts and Sciences, illustrate his leadership strength.

“I am honored and thrilled to accept the position of chancellor at Arkansas State University. After talking with students, faculty, staff, alumni, and community members, the opportunities at Arkansas State are obvious and exciting,” Shields said. “My family and I are deeply committed to the mission of Arkansas State, and we couldn’t be more excited to be a part of the A-State family. After seeing the many opportunities, new relationships, and potential partnerships in Jonesboro, Northeast Arkansas, and across the university, we are eager to help serve the campus, the community, expand collaborations, and help Arkansas State University grow into an even brighter future. My wife and I are deeply honored to join the Red Wolves.”

Fulbright College is the largest college at UA, and includes some of the institution’s hallmark programs. Managing $80 million in general budget plus a research budget of approximately $18 million, Shields had oversight for more than 650 full-time faculty and instructors and more than 700 teaching and research assistants as the Fulbright dean.

One of Shields’ signature contributions to UA was the creation of a School of Art within the college, bolstered by significant endowment gifts to fund construction of a new campus space that serves as a partnership with the city of Fayetteville. A $120 million gift from the Walton Family Charitable Support Foundation established the School of Art, with a following $70 million total in support from the Windgate Foundation for the 154,600-square-foot Windgate Studio + Design Center to anchor a new art district redevelopment south of the campus core on Dr. Martin Luther King Jr. Boulevard. He also secured $90 million in software and equipment gifts to programs throughout the Fulbright College.

As the dean of GSIE, Shields collaborated with administration, deans, faculty and staff in every college at UA. He also served as the leader for Fayetteville’s Rome Center, a campus hub in the Italian capital. Among the key achievements as graduate dean was increasing overall graduate school enrollment and the number and diversity among international students. During this time, Shields was also responsible for overseeing reviews of all programs across the campus, involving him in a wide range of academic areas from business to education, from architecture to the health professions.

Shields played a pivotal role in the creation of the Diane D. Blair Center of Southern Politics and Society, serving as the founding director of the interdisciplinary research center. Building upon his previous experience as the associate director of the Fulbright Institute of International Relations, the Blair Center became an established resource for programing, curriculum, research and polling for the state and region. Shields followed his time as department chair and Blair Center director with a year as the associate dean of the President William Jefferson Clinton School of Public Service in Little Rock.

Concurrent with his time at the Clinton School, Shields was first appointed interim dean in 2010-11, then permanent dean of GSIE the following academic year. Along with the graduate school, he also supervised international students, study abroad and sponsored programs on the UA campus.

In 2014, Shields was named interim Fulbright dean, then the permanent dean in July 2014 where he led the college until departing UA to become chancellor at A-State. Fulbright College’s three schools, 16 academic departments and 10 research centers span 30 academic programs.

Among numerous achievements during his time as the Fulbright dean was the creation of the Fulbright College Student Success Center. Some of the key retention-based programs were Destination Arkansas Blackboard Assignment to provide orientation to all first-year students, Strategies for Success (S4S) which was a zero-credit course offered to all UA students who fell into academic probation in their first semester to create a plan to improve their academics, and a Life Strategies and Career Awareness Course to improve student achievement. One of the key outcomes of the Student Success Center was a reduction of low grades and failure rates in the college’s core courses.

He is the co-author of three significant books related to electoral politics. Shields and Angie Maxwell combined for the 2019, The Long Southern Strategy: How Chasing White Voters in the South Changed American Politics. His 2008 book with Sunshine Hillygus titled The Persuadable Voter: Wedge Issues in Presidential Campaigns won the 2009 Robert E. Lane Award for the best book in political psychology. His first book, Money Matters: Campaign Finance Reform and Congressional Elections, was written with Robert K. Goidel and Don Gross. He was also an editor on six other books, published more than 40 articles and made more than 50 presentations in his research area of voters and election strategies.

He was recently appointed by Governor Asa Hutchinson to serve on the newly reinstated Arkansas Commission on the Status of Women where he serves as co-chair of the subcommittee on research and writing.

He and his wife, Karen, have two adult children, Savvy and Dane.

Shields’ first official day at A-State as chancellor will be August 15, and his annual salary will be $450,000.