JONESBORO, Ark. (12/20/12) — Arkansas State head football coach Bryan Harsin announced Thursday that John Thompson, who served as the Red Wolves’ defensive coordinator in 2012 and will act as interim head coach during their Jan. 6 game against Kent State in the GoDaddy.com Bowl, will remain in his defensive coordinator position as part of Harsin’s staff.

Thompson, a coaching veteran with over 30 years experience at the collegiate level as both an assistant and head coach, oversaw Arkansas State’s 2012 defense that ranked first in the Sun Belt Conference in scoring defense and third in total defense.  The Red Wolves had four defensive players named All-Sun Belt Conference this year, including first-team choices Nathan Herrold at linebacker and Ryan Carrethers on the defensive line.

The Red Wolves shut out two opponents this season, including an 8-4 Middle Tennessee squad in the regular-season finale, for the first time since 1987.  Under Thompson’s direction, A-State also ranked third in the Sun Belt in turnovers gained, picking up 10 fumble recoveries and 12 interceptions.  A-State had eight players post an interception to tie for the 15th most in the nation.

Thompson’s defensive unit continued to evolve and improve as the season progressed.  Against Sun Belt Conference opponents only, the Red Wolves ranked first in the league in rushing defense (119.9 yards per game) and second in pass defense efficiency (132.6).  The defense allowed just 396 rushing yards over the last five games for an average of just 79.2 yards per contest and also recorded 11 interceptions over the last nine games.

As linebackers coach, Thompson’s position group combined to record 260 tackles, 17 tackles for loss, 10 pass break-ups, four interceptions, five forced fumbles and two fumble recoveries.  Herrold and fellow linebacker Qushaun Lee both posted the best numbers of their career and ended the regular season as A-State’s top two tacklers. In fact, Herrold posted a career-best 109 tackles for the most by an ASU player since former safety and Sun Belt Conference Defensive Player of the Year Tyrell Johnson recorded 112 in 2005.  Both Herrold and Lee were named all-conference at the end of the regular season.

“I am excited about working with one of the top defensive coordinators in the country in John Thompson,” said Harsin, named ASU’s 29th all-time head coach on Dec. 12.  “He has done an outstanding job with our defense, and this will be a great opportunity for him to continue what he’s already accomplished in molding a championship-caliber defense here at Arkansas State.”

As a defensive coordinator, Thompson has seen more than 40 of his defensive players drafted by, or sign with, National Football League teams. Forty-four of his defenders earned all-conference honors, five were named all-America, and one, former Northwestern State linebacker Gary Reasons, has been inducted into the College Football Hall of Fame.

Thompson came to A-State after serving as Georgia State's assistant head coach for scheduling and strategic planning and defensive coordinator.  Thompson also coached inside linebackers at Georgia State, where he spent the previous four seasons.

Thompson went to Georgia State in July 2008 after spending the 2007 season as defensive coordinator and defensive backs coach at Ole Miss. That followed a one-year stint as athletics director at his alma mater, the University of Central Arkansas, which he guided in its move to NCAA Division I. He served as co-defensive coordinator at South Carolina in 2005.

As the head coach at East Carolina in 2003-04, he coached three first-team all-conference players and seven all-freshman selections.

Thompson's first position as a defensive coordinator came at Northwestern State, where he served from 1983-86, and again from 1988-89 after spending the 1987 season as linebackers coach at Alabama.

In 1990, he became the defensive coordinator at Louisiana Tech for two seasons before moving to Southern Miss as defensive coordinator in 1992. He was given additional responsibility as assistant head coach in 1993. In Thompson's seven seasons at Southern Miss (1992-98), the Golden Eagles won or shared two Conference USA titles, twice ranked among the top 25 nationally in scoring defense and made two bowl appearances.

In one season at Memphis in 1999, his Tiger defense ranked 11th in the nation in scoring defense and 23rd in total defense.

A native of Forrest City, Ark., Thompson began as a high school coach in 1977 while pursuing his bachelor's degree at UCA. He continued to coach prep football until moving to the college ranks in 1982 as a graduate assistant at Arkansas, where he worked under Lou Holtz.

A high school quarterback, Thompson was inducted into the Forrest City High School Hall of Fame in 2006. His playing career also includes two seasons as a defensive back at Central Arkansas. He earned his bachelor's degree in physical education from UCA in 1978. 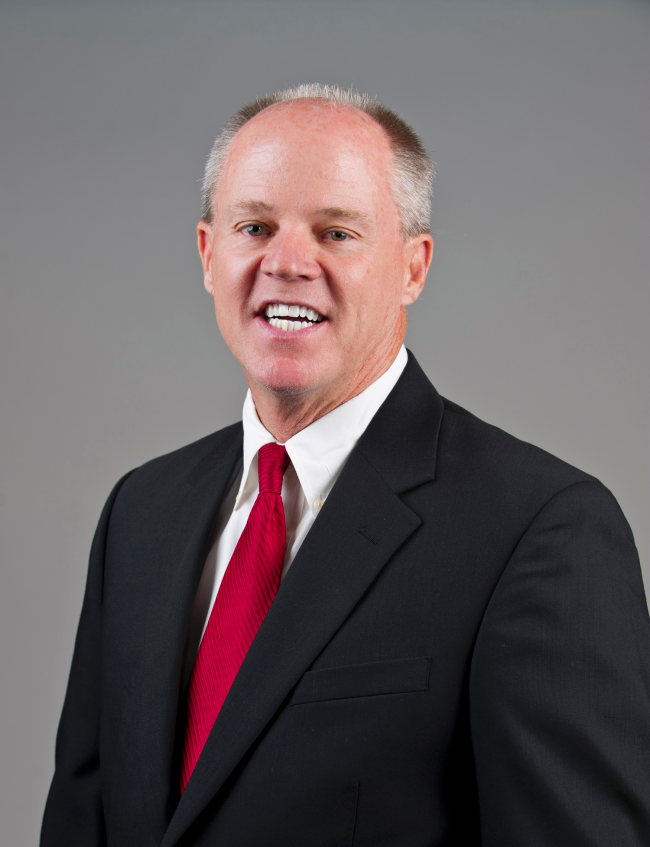 “He has done an outstanding job with our defense, and this will be a great opportunity for him to continue what he’s already accomplished in molding a championship-caliber defense here at Arkansas State.” -- Bryan Harsin