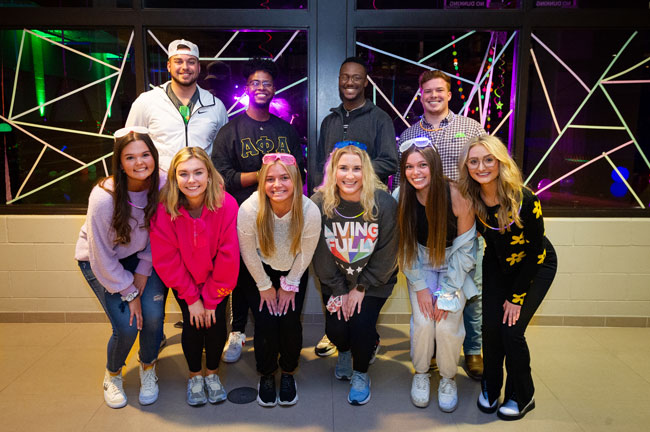 Online voting for queen and king will be Thursday.  Winners will be announced during the Homecoming Court presentation ceremony Saturday at A-State's game with Appalachian State in Centennial Bank Stadium.

Members of the Homecoming Court who are finalists for queen, with hometown, classification, major, sponsor and parents are:

-- Maddyson Lamb of Imboden, a junior exercise science major, nominated by Kappa Sigma fraternity. Her parents are Andrew Lamb of Imboden and Natalie Lamb of Jonesboro.

Members of the Homecoming Court who are finalists for king, with hometown, classification, major, sponsor and parents are:

-- Izzeldin “Izzo” Ahmed of Tuti, Sudan, a junior biological sciences and chemistry major, nominated by the Honors College Association. His mother is Sawsan Mousa of Sudan.

Landry Nunnally, son of Michael and Lauren Nunnally, will be Little Mister A-State.