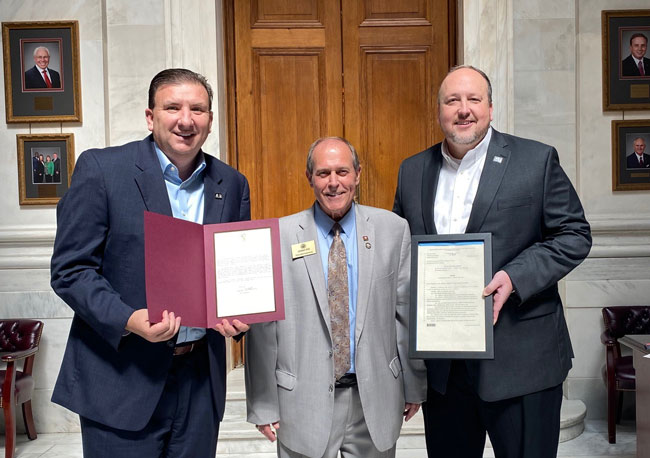 Dr. Chuck Welch, president of the Arkansas State University System, and Shane Broadway, vice president for university relations, accepted the items on behalf of the university.

The 2021 festival will be presented online, Oct. 15-16. General tickets for the virtual festival are available for $35 and includes access to all streaming sessions. VIP tickets are $75 and include the streaming sessions and an in-person event on Friday, Oct. 15, that will feature live local music, food and drink, and a watch party of a concert featuring Johnny Cash’s daughter, Rosanne Cash.

Tickets may be purchased through the festival website, JohnnyCashHeritageFestival.com.

Other events on the JCHF agenda include presentations by a slate of international scholars on the festival theme, “Social Justice in the Life and Music of Johnny Cash."