11/22/2013
JONESBORO, Ark. — For the final KASU “Bluesday Tuesday” concert of 2013, Arkansas State University’s public radio station presents a band that was founded in Newport in the 1950s and made their first recording at the historic Sun Studios of Memphis in 1956—Sonny Burgess and the Legendary Pacers.
KASU Bluesday Tuesday concerts are presented on the second Tuesday night of each month at the Newport Country Club ballroom, 703 Walker Drive. Sonny Burgess and his band will play Dec. 10 beginning at 7 p.m.
Newport native and lifetime resident Sonny Burgess is a member of the Rock and Roll Hall of Fame in Europe, the Rockabilly Hall of Fame in the United States, the Newport High School Alumni Hall of Fame and he holds an honorary doctorate degree from Arkansas State.
Burgess and members of the Pacers travel to Europe at least once a year and have entertained audiences in Spain, Sweden and England.  The band performs at blues, folk and rockabilly festivals all over the United States.
Providing lead guitar and vocals, Burgess joins four band members who live in different central Arkansas towns and travel to meet their band mates whenever it’s time for a “gig.” All four of these Pacers have had long careers in Arkansas music.
Keyboard player Kern Kennedy played upright piano in the first band that Burgess formed in 1950. The Tuckerman native, who now lives in the Cabot area, can play jazz, western swing and country standards in addition to rockabilly.  Kennedy once turned down an offer to play in Elvis Presley’s band because he thought Sonny Burgess had more charisma. Kennedy told the man who would become known as the king of rock and roll, “I’m already making $45 a week, why would I want to play with you?”
Drummer and vocalist Bobby Crafford grew up in Cotton Plant, once a thriving Arkansas Delta town known for numerous nightclubs that were visited by well-known musicians. Crafford has been playing in rock and roll bands since the 1950s and currently lives in Maumelle. In a popular segment of the Pacers’ show, Crafford plays the drums while wearing a blindfold.
Jim Aldridge, the Pacers’ versatile vocalist, is known for singing the songs of Roy Orbison, Conway Twitty, Elvis Presley and other early rock stars and providing instrumental support on saxophone and harmonica. The Conway resident played regularly in house bands at some of Little Rock’s top clubs and hotel lounges from the 1950s to the 1980s.
Joe Douglass, who grew up in Walnut Ridge, played guitar in several early rock and roll era bands and once owned a guitar and amplifier purchased from Carl Perkins. Like several northeast Arkansas musicians, Douglass performed on KAIT-TV’s “Hillbilly Hootenanny” program hosted by the Rhodes Family band in the mid 1960s. Douglass, who lives near Heber Springs, is the bass guitarist for the Pacers.
KASU station manager Mike Doyle said, “For several Decembers now, we’ve closed out each concert year with this legendary band, playing in the town where they started.  The Pacers are in great demand all year round. We’re honored and fortunate to book them.”
Admission is free, thanks to sponsors Arkansas State-Newport, C-and-C Distributors and Harris Ford.  KASU passes the hat at every Bluesday Tuesday. For more information about KASU’s live community events, visit the station’s web site kasu.org. 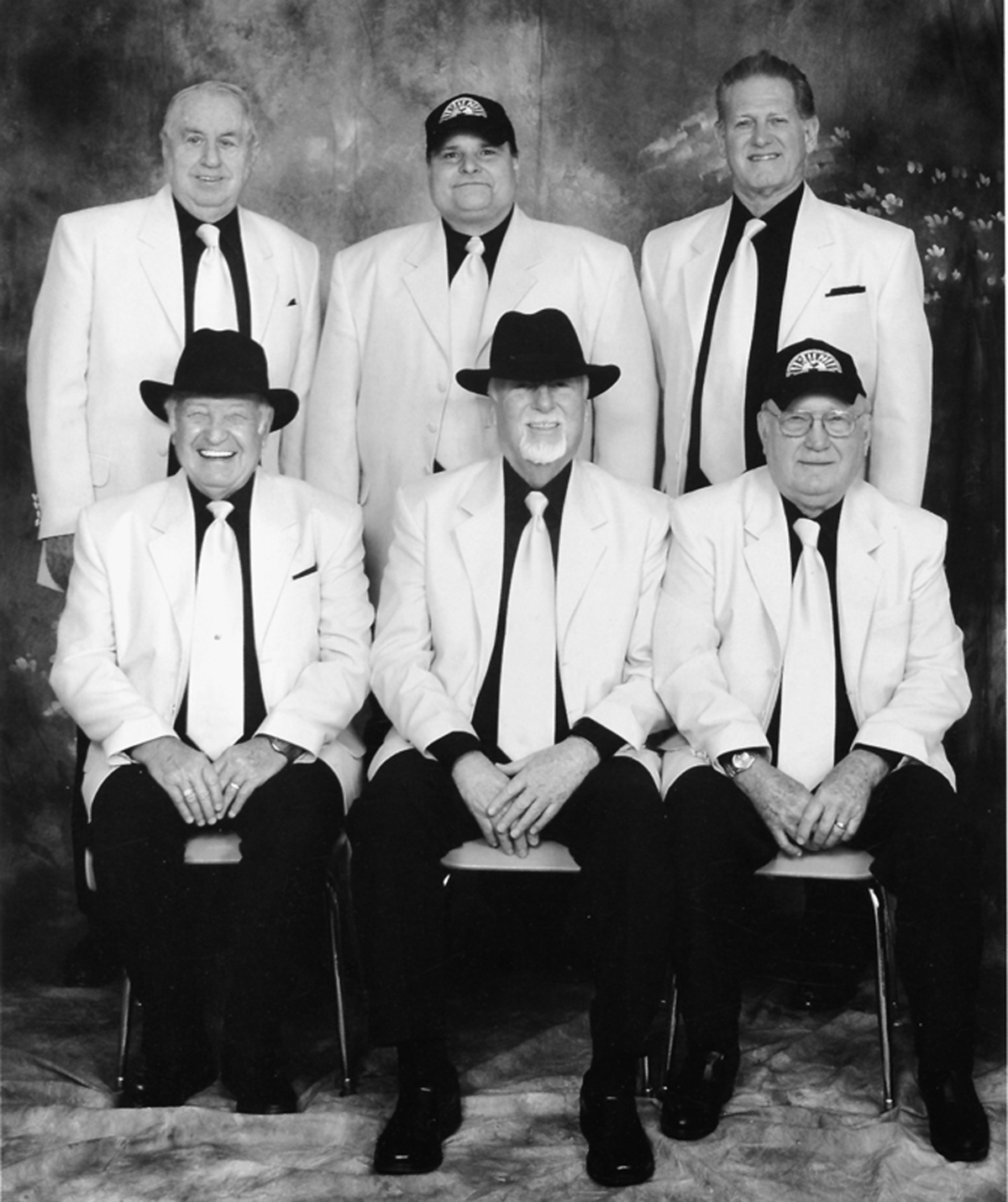 Sonny Burgess (seated in middle) and the Legendary Pacers