JONESBORO – Six exceptional students who are graduating during the 2018-19 academic year from Arkansas State University have been designated as Distinguished Service Award (DSA) winners in recognition of their exemplary service and contributions during their collegiate careers.

They will be honored at a recognition dinner, Thursday, April 25, at the Cooper Alumni Center on the A-State campus. Also, at that time, one of the six students will be announced as this year’s recipient of the R.E. Lee Wilson Award, the university’s highest honor for a graduating student.

The Distinguished Service Award recognitions and Wilson Award announcement comes during A-State’s 41st Annual Convocation of Scholars, a celebration of academic achievement that includes college and departmental awards. The DSA winners are recognized as the institution’s most outstanding graduates because of their leadership, scholarship and citizenship. Faculty, staff and advisers to student organizations, and other members of the campus community submit nominations for the prestigious awards.

All of the nominees have achieved excellent academic records and provided countless hours of service to the community, their classmates, campus organizations, their departments and colleges, and to Arkansas State University.  A committee comprised of students, faculty, staff and previous Wilson Award recipients makes the final selection.

Landen Crancer of Rector
Crancer will graduate in May with a Bachelor of Science degree in accounting from the Neil Griffin College of Business. Among his many activities, he served as executive board member for St. Jude Up ‘til Dawn twice, president of the Student Activities Board, chief of staff and senator for the Student Government Association, and served several additional university committees.

A three-time member of the Chancellor’s List and an important member of A-State’s Greek Life, Crancer’s fraternity is Lambda Chi Alpha and he served as treasurer and alumni relations officer for that organization. He also worked as the Interfraternity Council president and IFC vice president of judicial affairs.

As a senior, he worked as part of numerous activities, including the Community and Organizations Fair, Downtown Jonesboro Block Party, Order of the Pack, A-State Family Day, “Saved by the Howl” Homecoming Week, Student Philanthropy Council and A-State Phonathon. For his fraternity service, Crancer was named A-State Greek Life outstanding new member in 2016 and fraternity Man of the Year in 2018.

Oliver Dozier of Paragould
Dozier will graduate in May with a Bachelor of Science degree in biological sciences with an emphasis in pre-professional studies from the College of Sciences and Mathematics. While at A-State, he made the Chancellor’s List and Honors College Director’s List every semester he has been enrolled. He was inducted into Phi Kappa Phi honor society as a junior.

Ready to embark on a career in dentistry, Dozier has already been accepted into two dental schools and received a $15,000 scholarship from one as its top candidate.

He has served as a senator in the SGA since his sophomore year. Following the conclusion of the 2018 spring semester, he was nominated and elected by the Senate to serve as president pro tempore for the 2018-19 academic year. Dozier also serves as the president of the Arkansas State Pre-Professional Club, is a member of the student conduct board, the Title IX hearing committee, student organization chairman for St. Jude Up ‘til Dawn, action fund committee board member, Honors College ambassador, Miracle League volunteer baseball coach, food pantry volunteer and a volunteer for Arkansas Mission of Mercy (a traveling free dental clinic).

Since 2017, Dozier has worked as a researcher at the Arkansas Biosciences Institute and is working on his Honors senior thesis project after receiving an internally funded student undergraduate research fellowship.

Thomas Hamaker of Hampton
Hamaker will graduate in May with a double major in finance and marketing from the Neil Griffin College of Business and a host of academic achievements. He is currently working on his Honors senior thesis and has been on the Chancellor’s List and Honors Director’s List each semester he has been at Arkansas State. In addition to earning an A-State Scholar scholarship when he graduated from high school, Hamaker was inducted into Alpha Lambda Delta, a national honor society that recognizes academic excellence among freshman students; the Arkansas State University chapter of Beta Gamma Sigma, the premier honor society for academic excellence in business disciplines; and the National Society of Leadership and Success.

He is also a Griffin College of Business Dean’s Excellence scholar and a Risk Management Association Foundation scholar. Hamaker was the runner-up in information management in the 2016 Phi Beta Lambda National Leadership Conference. He has applied for the Fulbright scholar program, and if selected, plans to complete a Master of Science degree in financial risk management at the University of Reading in the United Kingdom.

Hamaker is active in the SGA and other organizations, serving as a senator, a member of the election commission, the Student Philanthropy Council, the academic budget committee, Honors College program director for special events, and the Bowersox supply chain challenge team. He also works with Volunteer A-State and helps in the marketing efforts for American Red Cross blood drives, the A-State Debate Team, the College Bowl team, and the Leadership Center.

Jon Mark Horton of Jonesboro
Horton will graduate in May with a Bachelor of Science degree in exercise science. He is the current president of the SGA and was the vice president a year ago. As president, he not only leads student government, but helped create participation in the Jonesboro City Council Collegiate Coalition, which includes SGA members visiting meetings to show the city that Arkansas State students need a voice in regard to the direction of the community.

In 2016-17, Horton was voted into office as the president pro-tempore and served as speaker of the senate when the vice president was absent. The student body elected him as a senator representing the College of Education and Behavioral Science after spending a year as a freshman senator.

Horton is president of the Chancellor’s Ambassadors who aid in student recruitment, and is founder of Global Pack Tracks that help international students connect with a domestic student to help ease transition. He is active in additional organizations, including the Arkansas Children’s Hospital Howlathon as events director, the Physical Therapy Student Association, vice president of the Phi Kappa Phi honor society, and founder and president of Pack Professionals Network.

As a member of the Shared Governance Oversight Committee, Horton works on the academic task force, the executive cabinet, the campus climate committee to help ensure that A-State is a welcoming environment for all students, the intercollegiate athletics committee, faculty achievement awards committee, university diversity and affirmative action committee, and international students and scholars group.

Other campus memberships are the student culinary council, the Black Students Association, A-State United Way, Volunteer A-State, the Student Activities Board and Baptist College Ministries. Academically, Horton has made the Chancellor’s List since his freshman year and has been awarded numerous scholarships. In the spring of 2018, he was selected as the recipient of the Excellence in Student Diversity award.

Tanisha Tak of Ahmedabad, Gujarat, India
Tak is currently working on a master’s degree in communication studies and will earn a Bachelor of Arts degree in May. Work on her Honors senior thesis is in progress. Academically, she has been on the Chancellor’s List each semester, the Honors Director’s List and received the Delta Zeta academic award awarded to the member who has earned the highest-grade point average for the school year. She has earned the Virgene Horn Memorial International Scholarship and resident assistant housing scholarship.

She also works as an intern coach in the Communication Center to assist clients with developing, organizing and delivering speeches, and was selected by the university’s Title IX office to be part of Impact, a student advisory group. She was elected as a senator to the SGA to represent the College of Liberal Arts and Communication (CLAC) and participated in many projects as a resident assistant. As part of her duties as an RA, she holds membership in the leadership-based National Residence Hall Honorary.

Starr Taylor of Jonesboro
Taylor will graduate in May with a Bachelor of Science degree in exercise science. She completed her degree requirements in three years while playing on the Red Wolves basketball team, running her non-profit organization and being an active member of Alpha Kappa Alpha sorority. Taylor was also on numerous academic honor rolls during her student career.

Her non-profit, the Power of 1 or 2, Inc., that she operates with her brother, is committed to empowering, educating and enriching the lives of children and families by providing them with resources and opportunities. These include collecting “Spread the Warmth” by collecting coats, gloves, blankets and other items for those in need; “Adopt a Child for Christmas”; turkey drive and Thanksgiving baskets; community Thanksgiving dinner; “Pack the Bag School Supplies”; and “Daddy and Daughter Dance.”

Taylor’s leadership skills include serving as a Sun Belt Conference ambassador, Fellowship of Christian Athletes, membership in A-State’s student-athlete advisory committee, and a three-time recipient of the Strong Turner 3.0 award.

As a member of her sorority, Taylor coordinated event and fundraising efforts and was honored as the National Pan-Hellenic Council Greek outstanding newcomer in 2018 and has the highest grade point average in Alpha Kappa Alpha’s chapter. 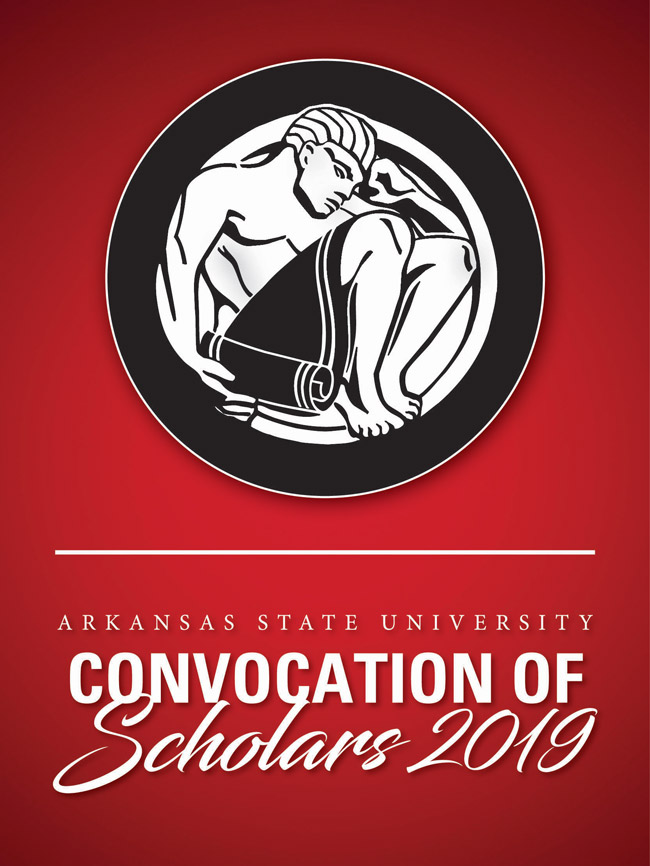