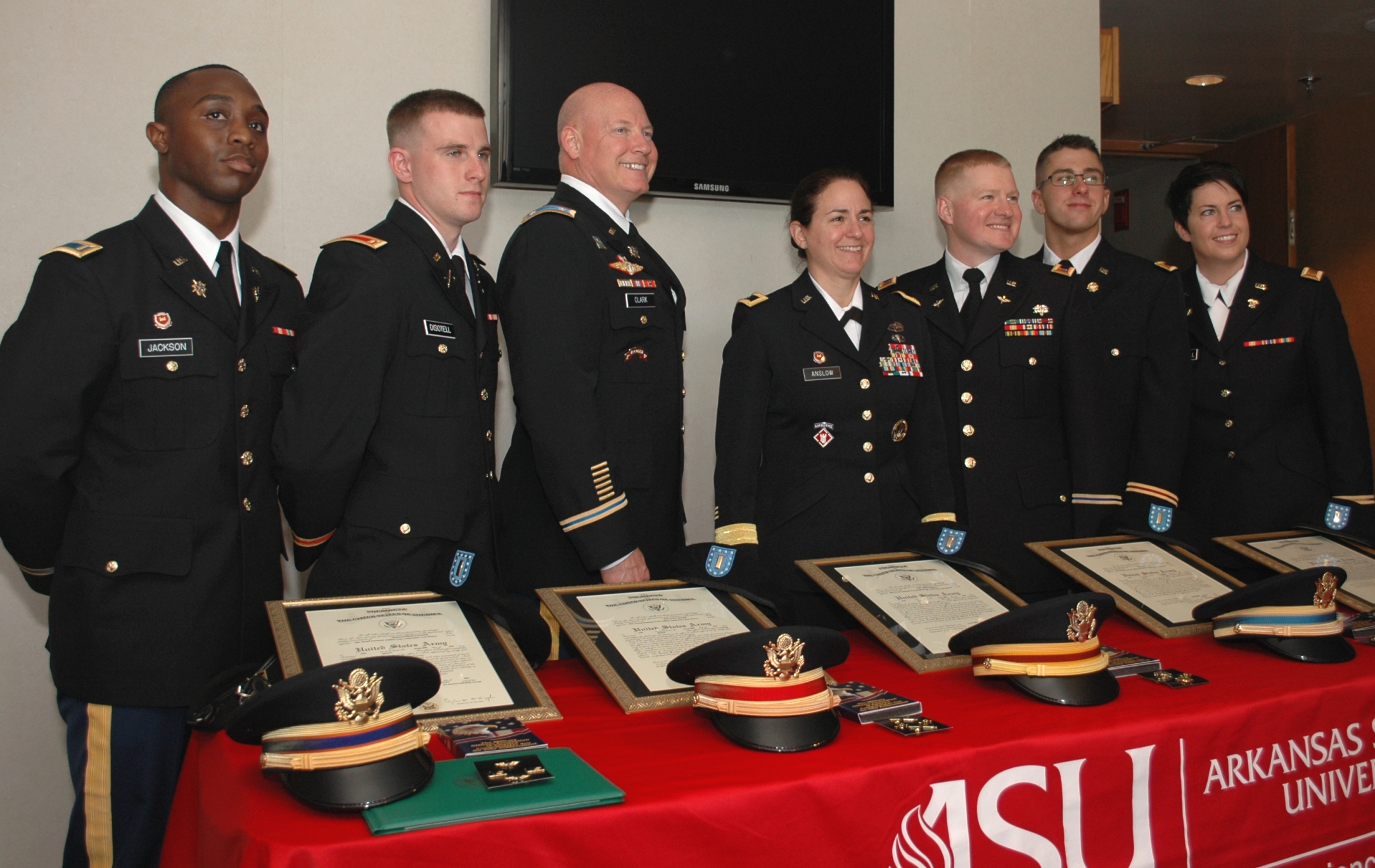 Anslow currently serves as the chief of the planning and environmental division for the Little Rock District, U.S. Army Corps of Engineers. In the Arkansas Army National Guard she has served in a variety of construction, facility, and combat engineer command and staff positions with the Camp Robinson Institute Support Unit, the 25th Rear Operations Center, the 875th Engineer Battalion (Corps) (Mechanized), and the 87th Troop Command.

Family members of each officer participated in pinning the new lieutenants’ bars. The five new officers will receive their diplomas during Spring Commencement on Saturday, May 11.