JONESBORO – Arkansas State University music faculty members Dr. Sarah Jones-Hayes and Dr. Daniel Tacke will present a recital for violin and harpsichord on Tuesday, Sept. 1, at 7:30 p.m. in the Fine Arts Center Recital Hall. This recital is free and open to the public.

The program will include performances of “Suite in d for keyboard, BuxWV 234,” by Dietrich Buxtehude,  “Suite in a for unaccompanied violin,” by Johann Paul von Westhoff, “Sonata in c for violin and obbligato harpsichord, BWV 1017” by Johann Sebastian Bach and a premiere performance of “aria mit veränderungen” by Daniel Tacke.

She has taught at the Cleveland Institute of Music's preparatory department, Interlochen Center for the Arts, Interlochen’s Violin Institute, Wayne State University, the University of Michigan, A-State and master classes throughout the U.S.  Associate concertmaster of the Delta Symphony Orchestra, she has also performed as associate concertmaster of Cape Cod Symphony orchestra. She performs frequently with the Canton, Akron and Traverse Symphony Orchestras and has appeared as soloist with the Southeastern Ohio Symphony Orchestra. Recent performances include festival performances at the International Music Academy Plzn, Czech Republic, Boston Early Music Festival, and Mary Foulger Memorial Concerts at Lincoln Center.

Composer-harpsichordist Tacke is focused on intersections between contemporary and historical practices of music making. He holds degrees in composition from Oberlin Conservatory of Music and the University of California at San Diego.  As a performer he earned the Advanced Certificate, with Distinction, from the Associated Board of the Royal Schools of Music.  He is a member of the American Composers Alliance, and his music has been performed and recorded in the United States and abroad by numerous individuals and ensembles.  He has held professorships at Oberlin Conservatory and Arkansas State, where he currently teaches theory, composition and harpsichord. 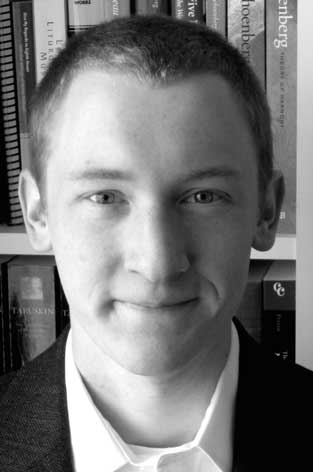