“We are pleased that Maurice accepted our offer to lead the diversity and inclusion program at A-State. Our nationwide search resulted in an exceptionally strong candidate pool. To attract someone of Maurice’s caliber reflects well on our students, faculty and staff and the committee that led the search effort. Arkansas State is a thriving institution and the search process has reaffirmed that high quality individuals want to be a part of A-State,” said Dr. Len Frey, Vice Chancellor for Finance and Administration.

“I am truly excited to join the team at a world class institution like Arkansas State University. The faculty, staff and students are dedicated to diversity and I look forward to working with the greater Jonesboro community to achieve the university’s diversity and inclusion goals,” said Gipson.

Gipson comes to A-State after spending two years at UT-Austin where he managed and coordinated the vice president’s strategic minority mentoring initiatives as a member of the senior staff. He also served as the supervisor and coordinator of work for assigned personnel and assisted with the creation and delivery of training for program staff.

The native of Ferriday, La., also oversaw several strategic initiatives and community projects and evaluated the effectiveness of unit planning and strategy outcomes.

While serving as the Diversity Student Coordinator at LSU from 2001-06, Gipson developed the university’s student diversity plan and provided training on diversity issues to students, staff, and faculty. He also created and maintained a database of over 5,000 minority students and provided statistical analysis trends to the administration.

He has made numerous presentations pertaining to diversity issues, including “Diversity Dilemmas on a College Campus,” “The New Diversity,” “Bridging the Educational Gap Between the Races,” and “Leadership Begins with You.” 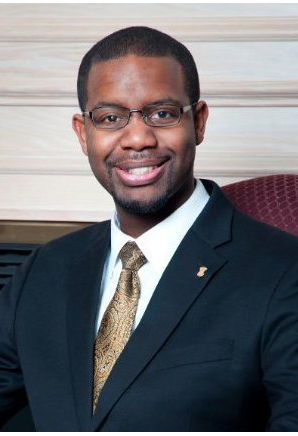