JONESBORO – Arkansas State University will present virtuoso lutenist Jakob Lindberg in performance as part of the 2017-2018 Lecture-Concert Series, Thursday, Oct. 5, at 7:30 p.m. in the Fine Arts Center Recital Hall. Admission is free and everyone is welcome to attend.

The Lecture-Concert Series event is supported with funding from the College of Liberal Arts and Communication, the Department of Music, the Guitar Guild, and the A-State Music Outreach Program.

The lute was one of the most popular instruments from the Medieval through the late Baroque eras. Consequently, composers wrote a considerable amount of music for the instrument.

Lindberg, long hailed as one of the finest musicians in the world, will present a concert of lute works by Dowland, Holborne, Collard, Bacheler, Danyel and Britten.

As one of the world's most prolific performers on the lute, Lindberg has given recitals in many parts of Europe, Japan, Mexico, Russia, Australia, Canada and the United States. Many of his recordings are pioneering, including the recordings of Scottish lute music, the complete solo lute music of John Dowland, and the solo lute works of Bach.

He is professor of lute, archlute, theorbo and historical guitar at the Royal College of Music in London. It is through his solo lute performances that he is widely regarded as the finest lutenist of his generation.

Stewart McCoy, of the Early Music Review, stated, “Lindberg’s playing is exceptionally fine, and he does credit to what is a most extraordinary, extravagant and virtuosic repertoire.” 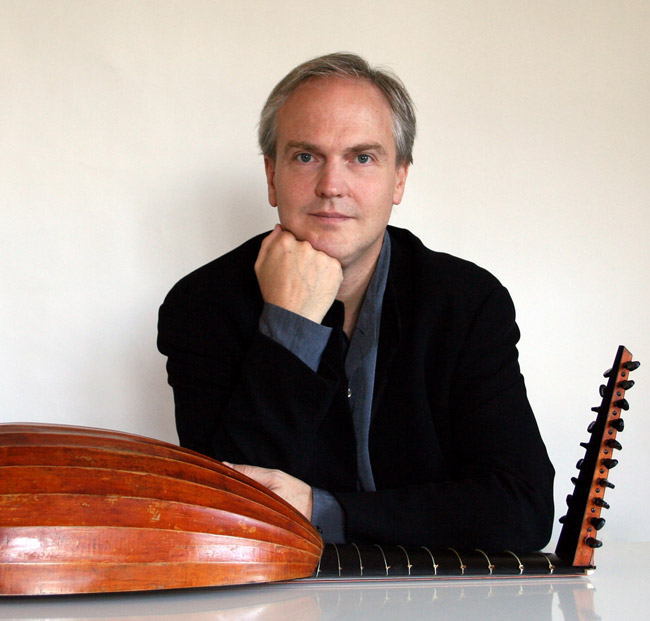