The benefit concert presentation will take place Saturday afternoon, Oct. 20, as the highlight of the three-day festival from Oct. 18-20 in Dyess, Ark.  Saturday afternoon events will be from noon to 5 p.m., with specific performance times to be announced.

Tickets for the benefit are on sale at the Arkansas State University Box Office, First National Bank Arena, (lower red entrance), 217 Olympic Drive. To purchase online, visit the festival website, JohnnyCashHeritageFestival.com, and click on “Buy Tickets,” or contact the box office at (870) 972-2781 or (800) 745-3000.

All reserved seating at the Saturday afternoon concert will be $100 plus applicable fees, and general admission tickets are $35 plus fees.

Born in Champaign, Ill., Alison Krauss grew up listening to everything from folk to opera to pop and rock music, but quickly fell in love with bluegrass when she began playing fiddle at age five. At age 14, Rounder Records signed her to her first record deal and she went on to release her debut solo album two years later. The accomplished bluegrass musician became a member of the Grand Ole Opry at age 21.

Since 1985, Krauss has released 14 albums including five solo, seven with her longtime band and musical collaborators Union Station, and the Robert Plant collaboration “Raising Sand,” which was certified platinum and won five Grammys, including Album of the Year and Record of the Year. She’s sold more than 12 million records to date, and her honors include 27 Grammys, making her the most awarded singer and most awarded female artist in Grammy history. She also has nine Country Music Association awards, 14 International Bluegrass Music Association Awards, two Academy of Country Music Awards and two Gospel Music Association awards.

Krauss has contributed songs to numerous films, including “Down to the River to Pray” in O Brother, Where Art Thou? and “You Will Be My Ain True Love” and “The Scarlett Tide” in the film Cold Mountain.

In 2013, she performed at the Kennedy Center’s “American Voices” festival and also honored Dolly Parton and Paul Simon with performances during The Kennedy Center Honors. She has performed for three presidents — George W. Bush, Bill Clinton and Barack Obama.

Krauss frequently collaborates with artists from numerous genres and has recorded and toured with Willie Nelson, whom she honored with a performance during the 2015 Gershwin Prize Tribute Concert. She will reunite with Nelson this summer on a co-headlining tour throughout North America.

Jamey Johnson is acknowledged by many as country music’s “north star.” An 11-time Grammy-nominated singer-songwriter, he is “one of the greatest country singers of our time,” according to The Washington Post.

Johnson has received praise from The New York Times, Rolling Stone, The Wall Street Journal and other publications, many of which have hailed his albums as masterpieces. The Nashville Scene has twice named Johnson’s albums as the year’s best album in its annual Country Music Critics’ Poll.  In 2011, it also named him artist of the year, best male vocalist and best songwriter.

His 2008 album, “That Lonesome Song,” was certified platinum for one million in sales, and his 2010 double album, “The Guitar Song,” which debuted at No. 1 on the country album charts, received a gold certification. In 2012, he released a Grammy-nominated project honoring one of his heroes, “Living for a Song: A Tribute to Hank Cochran,” that paired him with Willie Nelson, Alison Krauss, Emmylou Harris, Ray Price, Elvis Costello, George Strait, Vince Gill and Merle Haggard.

Johnson is also recognized as one of the most powerful and prolific songwriters of his generation. He is one of only a few people in the history of country music to win two Song of the Year Awards — for “Give It Away” and “In Color” — from the Academy of Country Music and the Country Music Association.  He has written singles for George Strait, Trace Adkins, James Otto, Joe Nichols and others. In 2014, he launched his own label, Big Gassed Records.

Grammy Award-winning record producer, singer-songwriter and author John Carter Cash has been involved in music all his life. Grandson of Maybelle Carter and son of Johnny Cash and June Carter Cash, he carries on the family tradition of creativity and music.

In the mid-1990s, he began recording material for himself and others. In 1999 he was co-producer for his mother’s album, “Press On,” which won the Grammy for Best Traditional Folk Album. He continued his studio work with his father, serving as associate producer under Rick Rubin for the Grammy-winning “American Recordings” series.

His production of his mother’s “Wildwood Flower” won a Grammy for Best Traditional Folk Album in 2003. He also worked with various artists to create the album, “Unbroken Circle: The Musical Heritage of the Carter Family,” which went on to achieve three Grammy nominations.

John Carter has produced hundreds of recordings for dozens of high-profile artists within the past 20 years.   In all, he has received five Grammy Awards as producer, with a total of 12 nominations. His own musical recordings and compositions span numerous genres and include “Bitter Harvest,” “The Family Secret,” and the soon-to-be released album “We Must Believe in Magic.”

His work as an author is equally diverse, including his mother’s biography Anchored in Love, House of Cash: The Legacies of My Father Johnny Cashabout his personal relationship with his father, three children’s books, a fantasy novel Lupus Rex, and an upcoming Cash and Carter Family Cookbook.

He owns and operates Cash Cabin Enterprises, LLC in Hendersonville, Tenn., the same studio where his father recorded years ago.

Ana Cristina Cash is an American singer-songwriter, raised in Miami, Fla., as the daughter of Cuban immigrants.   Her recordings exhibit a broad vocal range, spanning from contralto to a high coloratura soprano known to some as a “whistle register.”

She started her professional music career at age six on the variety show, “Sabado Gigante.”  At age 16 she signed to Sony Music’s Latin division and released her first album “Ana Cristina” in the Spanish language. Her latest album, “The West Coast Sessions,” was released in May 2015.

In 2005, at age 19, Ana Cristina became the first Hispanic in history to perform the "Star Spangled Banner" at a Presidential Inauguration. The following year she was invited to perform at the White House for the President of the United States, the Crown Prince of Spain and notable world ambassadors.  She also has performed the national anthem for various live national broadcasts including NBA, MLB and NFL.

Along with live shows, Ana Cristina is currently working on her upcoming release, “The Tough Love E.P,” which shows off her connection to rockabilly and gritty blues, with a flavor for country and soul.  Ana Cristina and her husband, music producer John Carter Cash, live in Nashville with their infant daughter, Grace June Cash.

About the Johnny Cash Heritage Festival

The Johnny Cash Heritage Festival events take place in the cotton fields surrounding the Johnny Cash Boyhood home which was added to the National Register of Historic Places May 4, and in the Dyess Colony Circle. After music events in Arkansas State University’s First National Bank Arena from 2011-14, a new festival format was established in 2017. The festival now extends beyond music to feature world-renowned artists on the main stage and local musicians on smaller stages in the colony center, as well as educational presentations, exhibits and local crafts. The academic theme for the festival is “The Ties That Bind.”

The festival is coordinated through Arkansas State University Heritage Sites and the Heritage Studies Ph.D. program and is licensed through the John R. Cash Revocable Trust. Presenting sponsors include the Electric Cooperatives of Arkansas and the Judd Hill Foundation. 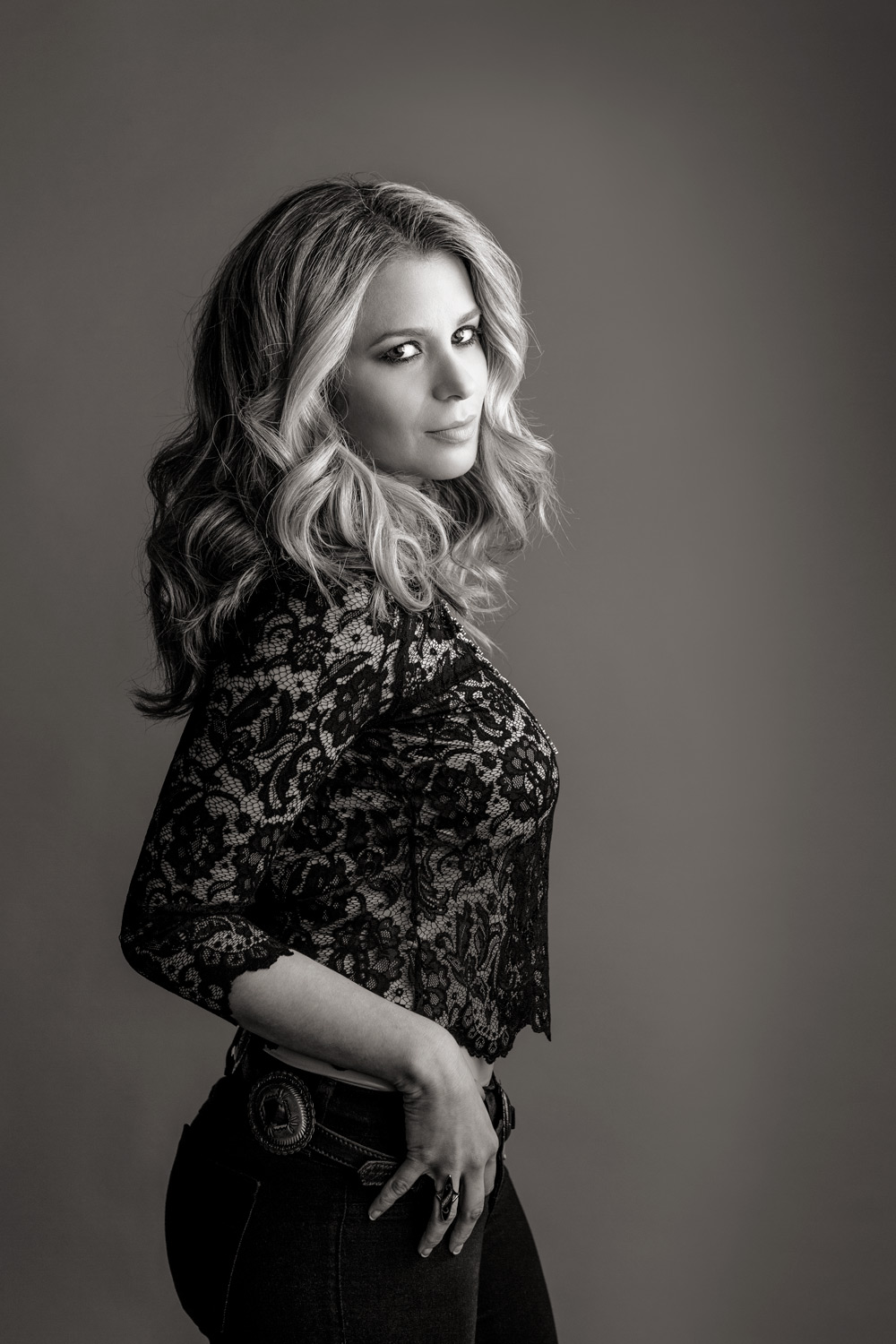