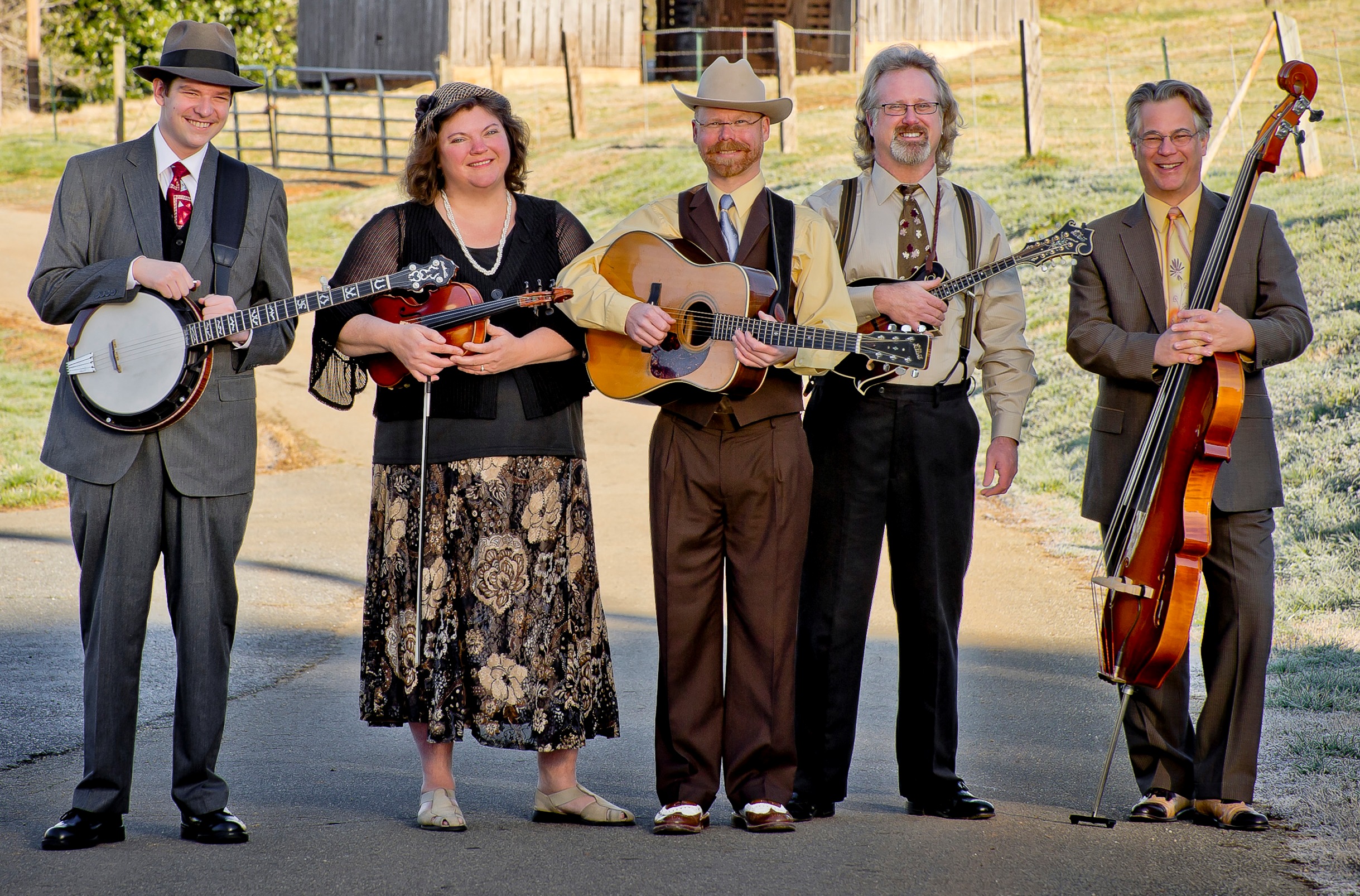 Named in honor of the creator of bluegrass music Bill Monroe, Monroe Crossing plays traditional bluegrass music, gospel songs, original melodies and their own unique treatments of songs that weren’t originally bluegrass tunes. The band performed over 150 concerts in 2014 at bluegrass festivals, churches and venues across the country. Monroe Crossing has recorded 13 CDs and has produced a concert DVD. The band will release a new CD, including music recorded live at past Bluegrass Monday performances, in early 2015.

Based in Minnesota, Monroe Crossing is the only bluegrass band ever to be named “Artist of the Year” (2004) by the Minnesota Music Academy. The group has also been inducted into the Minnesota Music Hall of Fame and has received numerous awards from the Minnesota Bluegrass and Old-Time Music Association. In both 2007 and in 2014, the band received the prestigious invitation to appear at the showcase concert at the International Bluegrass Music Association’s annual convention.

Members of Monroe Crossing include Lisa Fugile who plays fiddle and sings. She was raised in Nigeria, Africa, and first discovered bluegrass music through a 78-RPM record of music by Bill Monroe.

Matt Thompson of Mankato, Minnesota, plays mandolin and fiddle. He is a past winner of the “Mandolin Player of the Year” award given by the Minnesota Bluegrass and Old-Time Music Association. He also serves as emcee for the band during their concerts. Thompson has been playing bluegrass music in many bands over the past 30 years, including True Blue, a group that appeared on Garrison Keillor’s “A Prairie Home Companion” nationally syndicated public radio program.