JONESBORO, Ark. — The Tennessee Mafia Jug Band will perform a concert on Monday, June 24, at 7 p.m. at the Collins Theatre, 120 West Emerson Street, in downtown Paragould, Ark.  The concert is part of the Bluegrass Monday concert series presented by KASU 91.9 FM.  KASU will literally pass the hat to collect money to pay the group.  The suggested donation is $5 per person.

The Tennessee Mafia Jug Band unashamedly presents “a blast from the past,” a style of music and comedy that recalls old-time country musicians and TV programs like Hee Haw.  The talented musicians in the band wear costumes, incorporate props into their shows, tell corny jokes, and present slapstick, family-friendly comedy.  The band’s stage show is inspired by a comic-relief feature from the Roy Acuff show called, “Pap and the Jug Band.”

Musically, the Tennessee Mafia Jug Band is influenced by Stringbean, Grandpa Jones, Roy Acuff, and Uncle Dave Macon.  The band has appeared numerous times on the Grand Ole Opry and on the Marty Stuart Show on RFD-TV.  The group also has produced four CDs.

In the band, Leroy Troy plays banjo and a variety of unique accessories including washboard, duck call, and bicycle bell.  As a youngster, Troy was mentored in old-time country music and entertaining by Roy Acuff and Cordell Kemp.  He was a regular on Hee Haw for two years, appearing as the character “Billy Bob.”  Troy also appears each week on the Marty Stuart Show on RFD-TV.  He has been given numerous awards and commendations for his efforts in preserving old-time country music.

Ernie Sykes plays upright bass for the band.  Sykes played bass in Bill Monroe’s Blue Grass Boys as well as in the Lonesome River Band and the Bluegrass Cardinals.

Mike Armistead sings and plays guitar in the group.  Along with Leroy Troy, Armistead was featured on the Outsiders Inn, a comedy series broadcast on the Country Music Television (CMT) cable channel.  Armistead’s father, “Lonesome” Lester Armistead, sings and blows a jug for the band, adding additional comic relief to the group’s performances.

More information about the band is available at www.tennesseemafiajugband.com.  Videos of the band and its members are available on the Bluegrass Monday Facebook page.

In addition to the concert, Terry’s Café, 201 South Pruett Street in Paragould, one block to the east of the Collins Theatre, opens on Bluegrass Monday nights, offering a gathering place for bluegrass music fans prior to the concerts.  The café serves a buffet meal beginning at 4:30 p.m. on the evenings of Bluegrass Monday concerts.  Concessions will also be available at the Collins Theatre.

Seating at the Collins Theatre is limited, and seats will be available on a first-come, first-served basis.  The doors to the theatre will be opened to the public as soon as the band has completed its sound check on the afternoon of the concert.

Bluegrass Monday concerts are held on the fourth Monday night of each month.  These non-profit concerts are presented with support from Backbeat Music, Bibb Chiropractic, the Posey Peddler, the Northeast Arkansas Bluegrass Association and KASU. 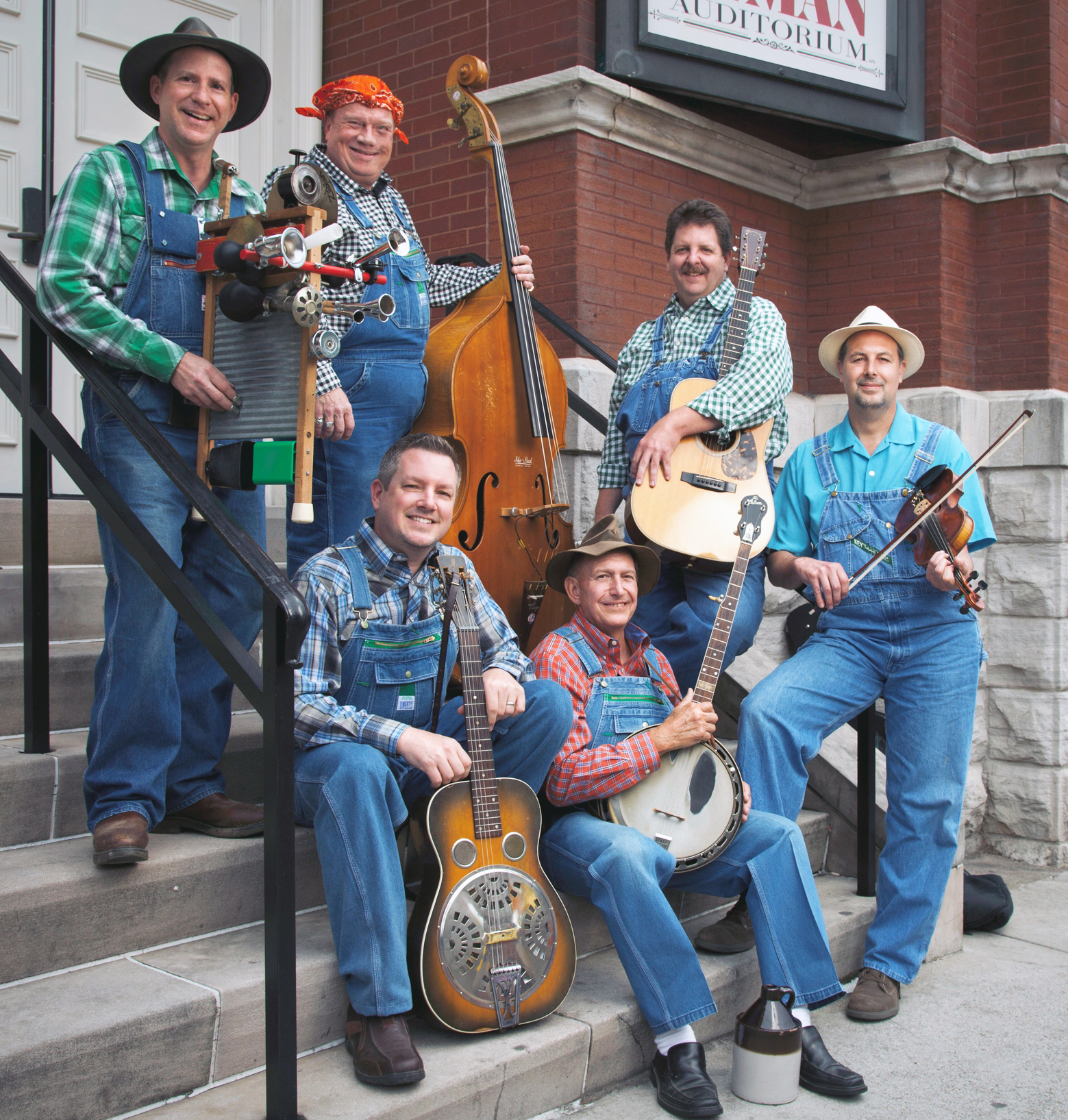