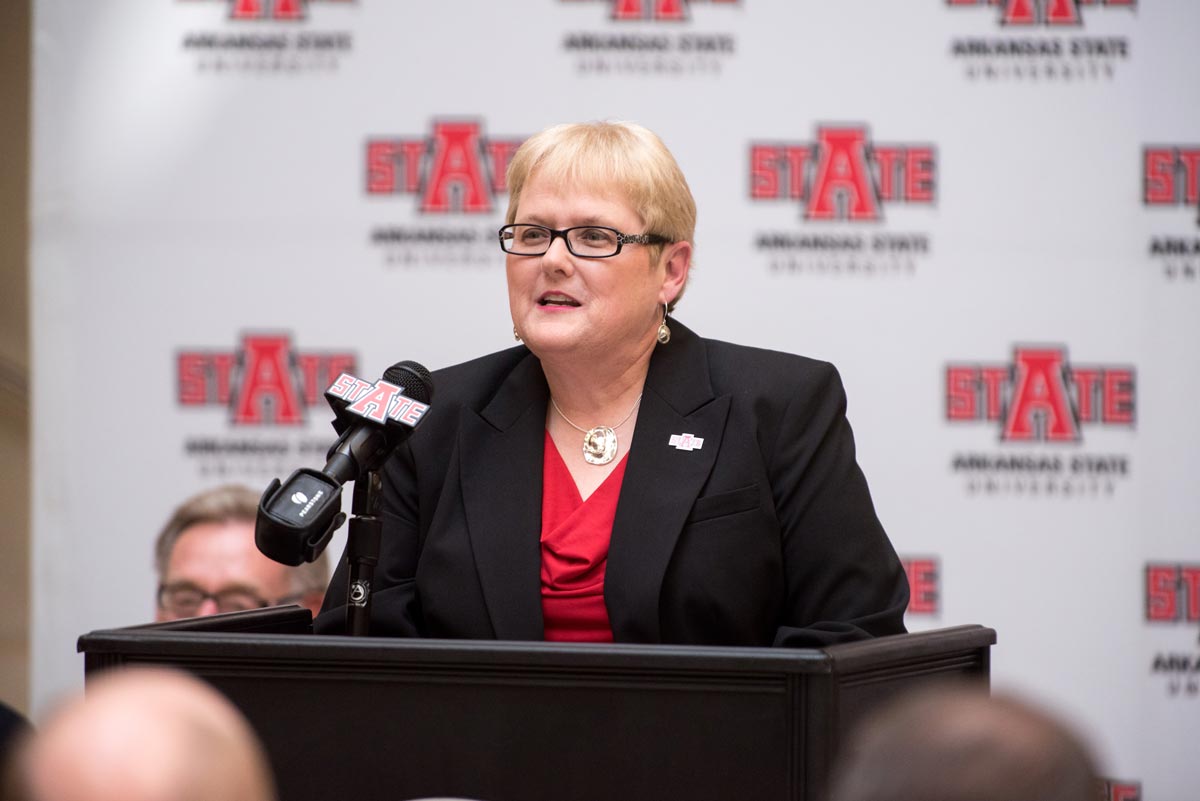 “I have asked Dr. Lynita Cooksey to serve in a temporary role as acting chancellor.  In the coming days I will develop plans for a long-term interim appointment,” Welch said.   “I want to thank Dr. Tim Hudson for his service to Arkansas State University. A-State experienced many significant milestones during his tenure, including the most academically talented freshman classes in university history, record numbers of graduating students, record annual fundraising totals, creation of a public-private partnership with New York Institute of Technology to bring an osteopathic medical school to the A-State campus, completion of multiple major capital projects including the Humanities Building, and unprecedented institutional successes in intercollegiate athletics.

"Additionally, Dr. Hudson, his wife Dr. Dee Dee Hudson, and their entire family welcomed thousands of university supporters into the Chancellor's Residence to showcase the many talented members of the university community. I appreciate Tim, Dee Dee, and their family for their many contributions to A‑State, and I wish them well in their future endeavors.”

Hudson, who was appointed chancellor in 2012, also resigned as a professor of the College of Business at A-State.

Cooksey, a 1979 graduate of Arkansas State, became vice chancellor and provost in 2012 and held several other leadership roles after joining the A-State faculty in 1993.  Prior to her appointment as associate vice chancellor for Academic Services in 2000, she was associate dean of the then-College of Arts and Sciences and taught for several years in the Department of Biological Sciences, where she also held chair and associate chair positions.

Other appointments have included Dean of University College, where she was instrumental in establishing the First-Year Experience program at A-State. She was in charge of facilitating and coordinating the most recent accreditation process with The Higher Learning Commission of the North Central Association of Colleges and Schools.