JONESBORO – Author Michael Gray, one of the foremost scholars on the music of Bob Dylan, will speak in the 2015-16 Lecture-Concert Series at Arkansas State University.

Gray will speak on "Bob Dylan and the History of Rock 'n' Roll" when he makes a repeat visit to Arkansas State on Thursday, Oct. 29.

His 7 p.m. presentation in the Reng Student Union auditorium, 101 N. Caraway Rd., is supported in part by the Department of English and Philosophy.  Admission to this and all Lecture-Concert Series events is free.

Gray, a critic, writer, public speaker and broadcaster, is recognized as a world authority on the work of Bob Dylan and an expert on the history of rock ’n’ roll.

Dr. Frances Hunter, an associate professor of English who teaches an A-State course on Dylan's poetry, has noted the number and breadth of public comments praising Gray's presentations, such as professors who have recognized his "encyclopedic grasp of Dylan" and his ability to fully engage students with a "perfectly timed talk with no notes."

Gray has worked with Hunter because of their common interest in the legendary songwriter's impact.

"We are most pleased that Gray has written the introduction to the forthcoming collection of academic essays titled 'Professing Dylan,' " stated Hunter, editor of the book.  The essays are written by U.S. and Canadian professors who teach Dylan's work in college and university classrooms.

Gray's pioneering study, Song & Dance Man: The Art of Bob Dylan, published in 1972, was the first full-length critical study of Dylan’s work.  The massive third edition, including a 112-page study of Dylan’s use of the blues, was published in December 1999 in the UK and early in 2000 in the U.S. A seventh reprint was issued in 2008.

His Bob Dylan Encyclopedia, published by Continuum in New York & London in 2006, won the International Association of Music Libraries’ C.B. Oldman Prize for the year's outstanding work of reference and research.

"Michael Gray's presentations are more like an evening of masterful storytelling than an academic lecture," added Dr. Gregory Hansen, professor of folklore and English at A-State.  "They appeal to anyone interested in the songs of Bob Dylan while also providing in-depth explorations of Dylan's contributions to the broader history of American music."

Gray grew up in England and graduated from the University of York with a Bachelor of Arts in history and English in 1967.  He and his wife now live in southwest France.

In January the University of York conferred on him the degree of Doctor of Letters in English and Related Literature, a doctorate awarded only for "substantial and original contributions to the advancement of learning." 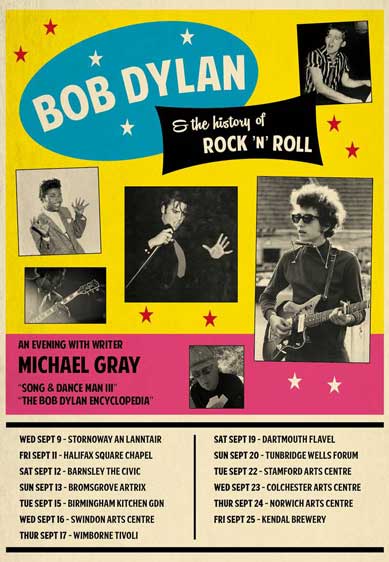 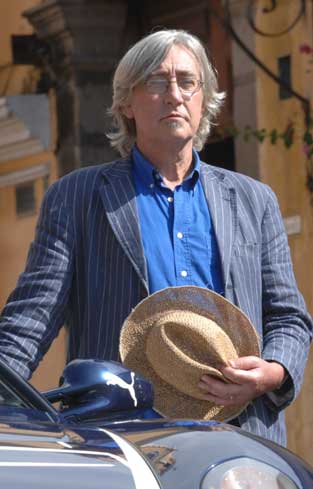